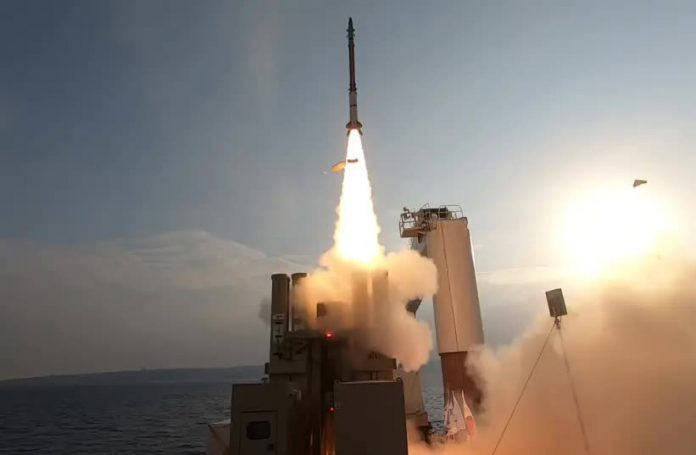 So is Israel in better or worse shape in terms of missile defense and deterrence than it was 30 years ago?

Thirty years after the 1991 Gulf War, Israel has gone from zero real missile defense to the best missile defense shield in the world and from fear of preemptive action in other countries to operating almost freely in Syrian airspace and in some other hostile areas.

Jerusalem is confronted by two adversaries, Iran and Hezbollah, which can each overwhelm even Israel’s state-of-the-art three-tier missile defense with a combination of volume and advanced precision.

So is Israel in better or worse shape in terms of missile defense and deterrence than it was 30 years ago?

Looking at the issue of missile defense in isolation, the situation is probably worse.

Back in 1991, Iraq’s 39 ballistic Scud missiles fired on Israel easily beat the lame US patriot missile defense system and only failed to kill Israelis because of a combination of early warning sirens, bomb shelters, the Scuds’ lack of precision and luck.
Even without deaths, the Scuds caused tremendous trauma and significant evacuations which shook the country.

But the impact was limited compared to the current era’s threats.

Hamas is believed to have rebuilt its rocket arsenal to possibly more than the 10,000 rockets it had on the eve of the 2014 Gaza War.

Even back then it managed to continue to fire rockets on Israel’s home front for 50 days, covering the majority of the country and even leading to most flights from Ben Gurion Airport being grounded for 48 hours at one point.

Despite Hamas’ capabilities, the IDF’s current missile defense can be considered an overall success, and a night-and-day improvement from the 1991 Patriot defense system.

Both in that round of fighting and in later shorter rounds, including a few in 2019, the Iron Dome was able to shoot down enough Hamas and Islamic Jihad rockets – all relatively short range – so that few Israelis were killed.

For many years the IDF has also operated the Arrow missile defense system to shoot down long range intercontinental ballistic missiles and potentially some medium range missiles.

In 2017, the IDF introduced the David’s Sling to focus specifically on medium range missiles, even as both the Iron Dome and Arrow could be used for that as well.

One would think that all of this advancement and Israel’s relative success with Hamas would mean the country is much better off than when Saddam Hussein could land his rockets in Tel Aviv at will.

But these days Hamas is the easy part.

According to missile defense and national security experts cited above: Rubin, Meridor and Freilich, both Iran and Hezbollah have the capacity to overwhelm all three tiers of Israel’s missile defense. Hezbollah has up to 150,000 rockets, including several hundred precision missiles. Iran has fewer missiles within range, but at least 400 ballistic missiles which can hit Israel.

Although theoretically, Iron Dome might be used against them, as in the mid-December test, there has been no major real war test of either the Arrow or the other missile defense systems’ abilities to shoot down a barrage of ballistic missiles.

In contrast, Iran has successfully and accurately used its ballistic missiles to attack ISIS in Syria in 2018 and US forces in Iraq in 2020.

It has also used attack UAVs including: the Shahed 129, Saegheh 2 and the Ababil, to attack targets in Yemen and Saudi Arabia in 2019-2020 and showed off an impressive drill of ballistic missiles and attack drones on January 15-16.

Moreover, though Jerusalem is doing all it can to prevent the deployment of Iranian long range precision missiles in Syria, Iraq and Yemen, it is an open question whether this is possible indefinitely.

Still, that is not the end of the story either since there is also the question of deterrence.  From a deterrence perspective, Israel is in a far stronger position now than in 1991 when Israel did not even respond directly to Saddam’s 39 ballistic missiles.

Conventionally, the understanding was that then prime minister Yitzhak Shamir was pressured by then US president George H.W. Bush not to respond for fear that an Israeli intervention would scuttle the broad anti-Iraq coalition Bush had assembled.

In addition, Israel was still suffering from the trauma of the 1982 Lebanon War, which unnerved Israel’s confidence that it could operate successfully in enemy territory.

Records, newly declassified in 2018, showed that then defense minister Moshe Arens approved a counterattack on Iraq weeks into the war after all the Scuds had been fired and most of the US’s aims in Iraq had been accomplished.

Even at this point when the coalition was not at risk, Israel was asked not to respond.

Then US defense secretary Dick Cheney used time-honored procedural delaying tactics about having to hold meetings on operational coordination.

It was also revealed in 2018 that then IDF chief Dan Shomron was fearful about the consequences of an Israeli attack in foreign territory. So after Arens told him to prepare a plan, the IDF commander went behind the defense minister’s back and told Shamir that he opposed it.

In contrast, in recent years, and with a reported exclamation point in recent weeks, Israel has carried out thousands of airstrikes and other attacks to stop Iran’s attempts to smuggle precision missiles into Syria, and reportedly also in Lebanon and Iraq when necessary.

In that respect, Gadi Eisenkot, who was IDF chief from 2014-2019, has said recently that Israel may have deterred its many enemies from starting a major conflict, with missiles or without, than at almost any other time in its history.

In January last year, General David Petraeus, former CIA director and  commander of the multinational forces in Iraq, said that, “Iran will not risk a major war because it would put its survival at risk,” should Jerusalem respond – and then said the same applied to Hezbollah.

The IDF’s ability to hit almost anywhere and anytime, with precision and without losing IDF troops is unprecedented.
Based on that, it may continue to deter the increasing number of actors whose missile capabilities could beat Jerusalem’s missile defense.

That could mean that in the final analysis Israel is more threatened, but also more secure in 2021 than it was in 1991.