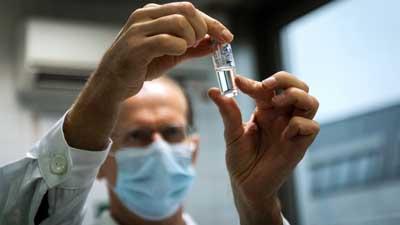 The contract between the Russian Direct Investment Fund (RDIF) and the government in Budapest was made on Friday, in a meeting between Russian Minister of Health Mikhail Murashko and Hungarian Minister of Foreign Affairs Péter Szijjártó.

According to Murashko, Hungarian experts visited the Gamaleya Institute, where the formula was invented, and conducted a thorough examination of vaccine production sites. The scientists also had the opportunity to review clinical trial results.

“Many countries today approve the use of the Russian Sputnik V, and we are actively cooperating with the World Health Organization,” Murashko told the press.

In response, Szijjártó called the announcement of the agreement “a great honor,” assuring Hungary’s citizens that experts from the country’s own National Institute of Pharmacology and Food Safety reviewed the entire process themselves.

On Thursday, it was revealed that Budapest had approved Sputnik V for emergency use, despite it not yet being deemed safe by the European Medicines Agency (EMA). On January 8, Hungarian President Victor Orban complained that the European Union was being too slow to make any decisions, putting citizens’ lives at risk.

Hungary’s decision to register the vaccine followed in the footsteps of Turkmenistan, Paraguay, Algeria, and Bolivia, all of which also opted to do so in January. Thursday also saw the United Arab Emirates approve the jab, citing “the results of its effectiveness.”

Iran Suspends Cooperation with EU in Various Fields over Sanctions

Myanmar coup: The people shot dead since the protests began