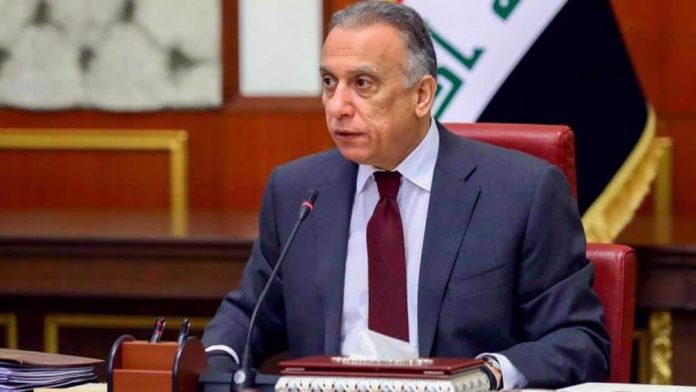 Iraqi Prime Minister Mustafa al-Kadhimi promises a crushing response after a twin blast, that has reportedly been claimed by the Takfiri terror group of Daesh, targeted a busy square in Baghdad claiming at least 32 people.

“Our response to those who shed innocent Iraqi blood will be bold and earth-shattering, and the evil leaders of Daesh will face a force to be reckoned with,” Kadhimi tweeted on Thursday.

According to Iraq’s Health Ministry, as many as 110 others have also been wounded from the bombings that struck the capital’s Tayaran Square earlier in the day.

The first attacker drew a crowd at the bustling market in the square by claiming to feel sick, then detonating his explosives belt, the Iraqi Interior Ministry was cited by AFP as saying. As more people flocked to the scene to help the victims, a second bomber set off another blast.

Daesh claimed responsibility for both the bombings, according to, what Newsweek has referred to as, a tweet by the terrorist outfit.

The terror group started its campaign of bloodshed and destruction in Iraq and neighboring Syria in 2014.

It claimed huge swathes of territory in a rather short period, prompting Baghdad to seek out the assistance of its allies, including Iran, which began to lend it military advisory support. The Iraqi military also started enlisting counter-terrorism support from volunteer Shia fighters, known as Hashd al-Sha’abi or the Popular Mobilization Units (PMU).

The combined assistance gradually reversed the terrorists’ fortunes, leading to their ultimate defeat in late 2017. The group, though, has been maintaining scattered sleeper cells across Iraq, staging sporadic attacks from time to time.

Kadhimi, however, said, “Our people have proven their resolve in the face of Daesh’s terrorism.”

“The will to live among our people as they face terrorism in the scene of the heinous crime at Bab al-Sharqi was a message of defiance and unparalleled courage,” he added.

The premier was apparently referring to a string of terrorist explosions that left dozens of casualties in and around the capital in 2015, the first of which hit the Bab al-Sharqi area in central Baghdad.