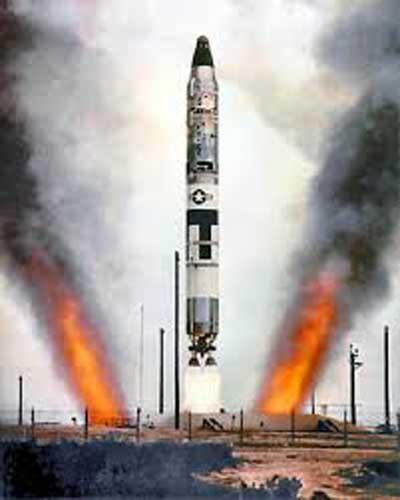 The New Strategic Arms Reduction Treaty, signed by Presidents Dmitry Medvedev and Barack Obama in 2010, is now the last major nuclear arms limitation treaty in force between the nuclear superpowers. The treaty’s future was called into question after the Trump administration threatened not to renew it unless China joined.

NATO Secretary General Jens Stoltenberg has welcomed the Biden administration’s plans to extend the New START agreement, saying the extension should be the first step toward expanding global arms control.

“An extension of the New START Treaty is not the end. It should be the beginning of renewed efforts to strengthen international arms control, to look into how we can cover more weapons systems and also include more nations such as China,” he added.

Earlier Friday, White House spokeswoman Jen Psaki announced that Biden would seek to extend New START, which is set to expire in February, for another five years.

Kremlin spokesman Dmitry Peskov said Moscow supports the extension in principle, but has yet to study the details of Biden’s proposal. Previously, the spokesman indicated, the US side had “put forward certain conditions for the extension”, some of which “were absolutely unacceptable for us, so let us see what the Americans offer now before making any comment”.

Members of the Biden administration publicly hinted at the need to extend New START before his inauguration, with Secretary of State pick Antony Blinken telling senators Tuesday that the White House would engage Russia “very quickly” on extending the agreement before it expires next month, and saying the treaty is “manifestly in our self-interests in terms of giving us a predictable cap on the core of Russia’s nuclear arsenals” and a means to provide the US side with data and inspections capability.

Signed in April 2010, New START is now the last major strategic arms limitation treaty in force between the nuclear superpowers, and limits Russian and US nuclear arsenals to 1,550 total deployed nuclear warheads, as well as the number of deployed ballistic missiles, missile subs and heavy bombers equipped with nuclear weapons to 800 apiece.

The Trump administration unilaterally withdrew from the Intermediate-Range Nuclear Forces Treaty, a separate Russia-US agreement banning the design, production and deployment of land-based nuclear missile systems in the 500-5,500 km range. Before that, in 2002, the Bush administration unilaterally scrapped the Anti-Ballistic Missile Treaty of 1972, which limited the production of missile defence systems. The latter decision prompted Moscow to begin the development of hypersonic weapons systems which could defeat any existing or prospective missile defences and thus guarantee Russia’s strategic response capabilities.

For much of 2019 and 2020, Moscow urged Washington to begin talks on renewing New START, with Moscow expressing a willingness to hold discussions immediately with no preconditions. The US side was slow to respond, suggesting China’s considerably smaller nuclear arsenal should also be included in the agreement. China rejected the idea out of hand. The Trump administration eventually agreed to talks, but no agreement was reached before the end of Trump’s tenure.