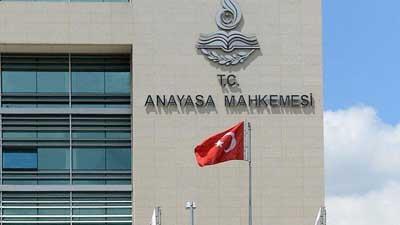 They do not agree with every decision of the Constitutional Court, but this does not mean that the court’s decision will not be implemented, Gül stated.

“Decisions are there to be enforced. Of course, there is a lot to be said when a reasoned decision is announced,” Gül told reporters.

“The decisions made by the constitutional court are binding. Rulings are there to be enforced,” he said.

Turkey’s Constitutional Court once again ruled on Jan. 21 that the rights of Enis Berberoğlu were breached, noting that the verdict given earlier has not been implemented yet.

The Constitutional Court ruled on Sept. 17, 2020, that Berberoğlu’s rights were breached. The court said Berberoğlu’s right to be elected and engage in political activities and right to personal liberty and security were violated during his trial.

Lawyers of Berberoğlu applied to the Constitutional Court on Oct. 26, 2020, for his retrial after two first in-stance courts rejected his appeals.

Berberoğlu was sentenced to 25 years in prison in 2017 on espionage charges for providing daily Cumhuri-yet with a video purporting to show Turkey’s National Intelligence Organization (MİT) trucking weapons into Syria.