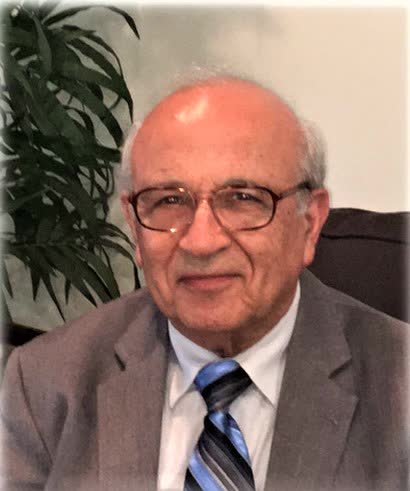 Question:  Before we dwell on the events that took place during the 44th day war, could you briefly summarize the history of this conflict?

Answer:  We could assign the original date of this conflict to the 1920’s when Stalin made the mistake of transferring Artsakh from Armenian rule to Azerbaijan rule.  After many years of oppressive rule during the Soviet period in 1988 Artsakh voted for self-determination in accordance with Soviet laws.  In response, Azerbaijan organized massacres of Armenians in Sumgait, Baku and other cities of Azerbaijan and eventually the first liberation war of Karabagh took place.  In 1994, a ceasefire was signed with the defeat of Azerbaijan.  From 1994 on there were constantly skirmishes on the borders as well as a continuous sniper mini war.  Also, Azerbaijan initiated several larger military actions against Karabagh continuing its threat for a much larger war if Karabagh was not returned to Azerbaijani rule.  Before the September 27th attack, the military maneuvers in Nakhichevan and Azerbaijan were conducted together with the Turkish military.  During and after these war games Erdogan and Aliev had continued their warlike language against Armenia.  It was apparent that Azerbaijan was waiting for an opportune time to unleash military action against Karabagh to militarily solve the conflict in its favor rather than negotiate.  The genocidal attack took place on September 27th by the combined forces of Azerbaijan and Turkey.  The world watched while the aggressors committed multiple war crimes of indiscriminately shelling the civilian targets and population.

Question:  What observations can be made from the conduct of the September 27th Karabagh war?

Answer:  From the first day of the war, it was reported that Azerbaijan was well prepared and had more and superior military equipment plus Turkey’s full support.  Additionally, they had Syrian terrorists’ mercenaries and Pakistani help.  The Armenian Generals had advised the government to stop the war, but the war had continued.  There were several attempts to have a ceasefire but these efforts were unsuccessful.  Finally, on the 44th day a ceasefire was declared and an agreement was signed by Armenia, Russia and Azerbaijan.  Mr. Pashinian had signed for Armenia.  When the terms of the agreement became known, it became apparent that it was a capitulation with the defeat of the Armenian side.  While during the course of the war spokesmen for the Armenian army were constantly announcing the combat gains of the Armenians, but on the 9th day of November, it became apparent that the Armenians were losing.  The Armenians all over the world were in shock.  Especially significant were the loss of Shushi, Kelbajar, Lachin and the requirement of a new passage from Nakhichevan to Azerbaijan through Armenia.  We should also mention here some of the news reported by foreign correspondents as well as the participants of the war.  Some of these reports indicated that most of the soldiers serving on the front lines in Karabagh were young recruits and volunteers.  The bulk of Armenia’s professional army had not participated in the fighting.  During the fighting in the southern areas next to Iran’s northern border, orders were given to leave the area making the occupation by the Azerbaijani army easier without any resistance.  Was this part of a military maneuver or helping the enemy, if true amounting to an act of treason?  Armenian soldiers on the front lines have expressed their surprise when told that they were losing since they were under the impression that they were winning.  After signing the ceasefire agreement, Mr. Pashinian had stated that he had no choice because if the war continued, 25,000 Armenian soldiers would have been surrounded and eliminated and we would have lost Stepanakert and the rest of Karabagh.  Mr. Pashinian’s statement about Stepanakert, the rest of Karabagh as well as the loss of Shushi has been challenged by some Armenian volunteers.

Question:  Why do you think the Karabagh army lost and what were the possible reasons?

Answer:  Based on the statement of the front-line Armenian soldiers that they did their responsibilities honorably and that the fault should be found elsewhere.  In spite of Azerbaijan’s technical and military superiority the Armenian recruits were able to prevent major break throughs for more than 40 days except at the southern segments.  Some of the factors that assisted the Azerbaijani army’s gains included

Question: What kind of future do you foresee for Armenia and Artsakh after this war and what steps should be taken to insure their survival.

Answer: At this time when the internal situation in Armenia and Artsakh is unsettled and the final status of Artsakh not determined, the following immediate steps may have to be considered:

Question: What do you think about the passageway from Nakhichevan to Azerbaijan connecting the two territories together.

Answer: This is one of requirements of the Nov. 10 ceasefire agreement. The implementation of this requirement will enable Turkey to realize its   Pan-Turanism objective of expanding into central Asia. For Armenia this project is detrimental to its sovereignty, independence and security. It provides an easy access into the Armenian territory.

Question:  In general, what were some of the political implications, lessons that we must learn from this war and what steps should be taken in forming a “new government in Armenia.”

In closing, our actions in the following months will determine to what extent our losses are permanent and how we will recover our losses. The sacrifices of our soldiers made let it be the new beginning of an Armenia with a government of experienced politicians who will be able to navigate Armenia’s future in a safe and peaceful manner.

(*)    The contents of this interview reflect the author’s opinion.