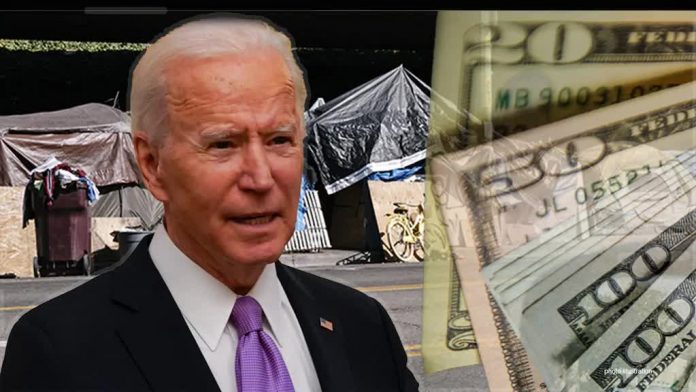 The details about exactly how the city’s homeless program remain unclear.

San Francisco hotels used to house homeless people may be fully funded by the federal government this year, thanks to an executive order signed by President Joe Biden signed last Thursday.

Under the order, certain kinds of emergency housing for the homeless are eligible to be fully reimbursed through September.

San Francisco, which has one of the highest homeless populations in the nation, spends between $15 million to $18 million per month to house more than 2,200 people in about 25 hotels, according to the San Francisco Chronicle.

The city’s hotel rooms were mentioned in Thursday’s executive order. But details as to how its housing program will be funded remain unclear.

“I think it’s safe to say it will apply from now until September, for those that are eligible,” said City Controller Ben Rosenfield. His team is waiting on more detailed guidance from the Federal Emergency Management Agency (FEMA) before announcing precisely how the program will be affected.

The department said last year it would reimburse San Francisco’s program until the end of the COVID-19 pandemic, but it never made clear how it would define the end.

Still, city officials welcomed the news on Thursday. The Trump administration never made clear when the funding would be cut off, prompting worry that the city would have to pay for the housing program entirely on their own and scramble to relocate the homeless.

KQED reported last year that the Bay Area has one of the largest gaps in California between its highest and lowest income earners.

The report cited data from the California Budget and Policy Center which showed that between 2006 and 2018, income for the state’s top 5% of households grew nearly 20%, while income for households in the bottom 20% fell by 20%.

Approximately during that time, homeless in California increased by more than 22%, according to data from the Homelessness Policy Research Institute.