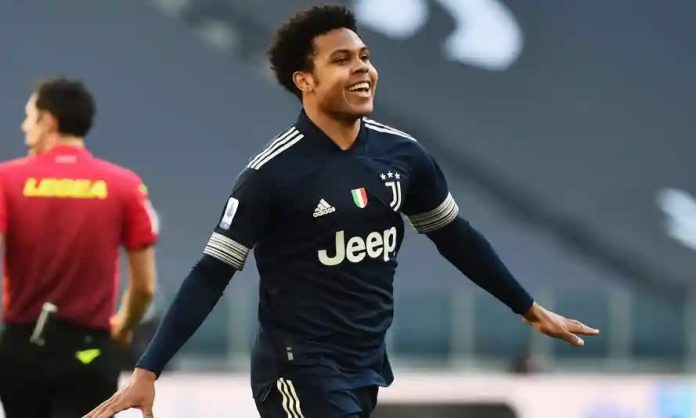 Juventus got their Serie A title defence back on track with a 2-0 home win over Bologna on Sunday that moved Andrea Pirlo’s side into the top four. Arthur Melo scored his first goal for the Turin club in the first half with a deflected strike and the American midfielder Weston McKennie headed home the second on 71 minutes.

The Bologna goalkeeper Lukasz Skorupski made some stunning saves to keep his side in the match and the visitors also created some good chances in an entertaining encounter at the Allianz Stadium.

It was a welcome victory for Pirlo’s side following their 2-0 defeat by Internazionale last weekend as it cut the gap behind the league leaders, Milan, to seven points and the champions also have a game in hand.

“It’s very important for us. We watched yesterday how both Milan teams dropped points,” McKennie told DAZN after Milan lost 3-0 to visiting Atalanta and Inter were held 0-0 at Udinese. “We’re a game down and we still have to play both of them in Turin. We’re three points closer and I think it’ll be a fight to the end. We’ll see who wants it more.”

Juventus are now fourth with 36 points from 18 games, one point behind Roma in third, and five behind Internazionale. Bologna are 13th with 20 points. Pirlo won the first trophy of his managerial career on Wednesday by leading Juve to a 2-0 win over Napoli in the Italian Super Cup, providing some welcome relief after that meek defeat by Inter.

Hirving Lozano scored the third-fastest goal in Serie A history as Napoli got off to a great start against Hellas Verona, but the early goal could not prevent them falling to a 3-1 defeat, with Federico Dimarco, Antonin Barak and Mattia Zaccagni scoring for the hosts.

Elsewhere, Mattia Destro’s first-half goal earned a 1-0 win for Genoa at home against Cagliari and Lazio came back from an erely deficit to win 2-1 against Sassuolo, Sergej Milinkovic-Savic levelling on the half-hour mark and Crio Immobile slotting home with 20 minutes to play

In Spain, João Félix and Luis Suárez combined to devastating effect as Atlético Madrid came from behind to beat Valencia 3-1 at home to continue their relentless pursuit of the La Liga title.

Valencia took a shock lead in the 11th minute with an unstoppable long-range strike from Serbian midfielder Uros Racic but the league leaders responded in the 23rd when Felix stuck out a foot to prod home from a corner. The Portuguese forward then latched on to a through ball to launch a quick counter attack early in the second half and released Suárez, who took a couple of touches before striking in off the far post from a tight angle. Ángel Correa added the third with 18 minutes to play.

Barcelona coach Ronald Koeman expressed his satisfaction with his midfielders getting among the goals after beating Elche 2-0 thanks to strikes from Frenkie de Jong and Riqui Puig. With Barca missing Lionel Messi through suspension, Dutch midfielder De Jong again took more responsibility for attacking and showed real hunger to ensure he got the final touch to give Barca the lead, even though the ball was heading into the net.

He then crafted the second goal, charging through midfield before finely chipping a pass for youngster Puig to head home. “The second goal was all down to our two midfielders and that’s exactly what we want from them, to get into the area and to help out the forwards,” Koeman said.

“Frenkie has really increased his quality and effectiveness recently and Riqui did well with very little time on the pitch. He’s not very big but he jumped well to score the goal.”

In the Bundesliga, Bayern Munich opened up a seven-point gap at the top of the Bundesliga by thrashing the bottom club, Schalke, 4-0.

Thomas Müller scored with two headers, putting the champions in front after 33 minutes and netting again in the 88th, either side of a goal from the league’s top scorer, Robert Lewandowski, who netted his 23rd of the season after half-time.

David Alaba’s long-range effort in the 90th minute capped a comfortable day for the Bavarians. With title rivals RB Leipzig, Bayer Leverkusen and Borussia Dortmund all losing on Friday and Saturday, Bayern are firmly on course for a ninth consecutive Bundesliga title.

After 18 games, Bayern have 42 points, with second-placed Leipzig on 35, while Leverkusen and Wolfsburg both have 32.

Leicester’s one-time club-record signing Andrej Kramaric scored twice in Hoffenheim’s 3-0 win against Cologne, taking his club tally for the season up to 17 and leaving the visitors third from bottom and looking over their shoulders.

In France, Lille took themselves level on points with Ligue 1 leaders PSG with a 1-0 win at Rennes. An opportunistic strike from the young forward Jonathan David sealed the points for Christophe Galtier’s men on a day when there were also wins for Bordeaux, Metz and Reims.