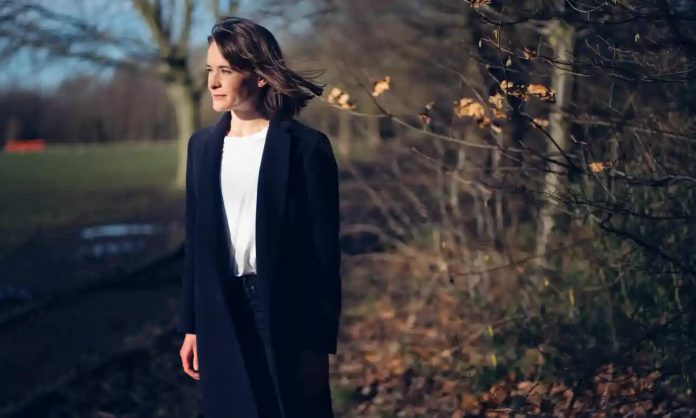 ‘How do you live in the aftermath?’ … author and lawyer Abigail Dean in Dulwich Park, London. Photograph: Sarah Lee/The Guardian

Has this Google lawyer written the book of the year? The part-time author talks about the inspiration for her thriller about siblings who flee abusive parents and their ‘house of horror’

Abigail Dean was about to turn 30 when she suddenly realised that her job as a lawyer was using up all the oxygen in her life. “If I didn’t make a change,” she says, “I was going to still be there on my 40th birthday.” She took three months off, writing every day at Dulwich library in London, and ended up with the seeds of what would become her debut novel, Girl A.

“You don’t know me,” Lex, or Girl A, tells us as the novel opens, “but you’ll have seen my face. In the earlier pictures, they bludgeoned our features with pixels, right down to our waists; even our hair was too distinctive to disclose. But the story and its protectors grew weary, and in the danker corners of the internet we became easy to find.”

Lex’s mother, we are told, has just died in prison, and as Lex visits to collect her possessions and learn about her will, she remembers the last time she saw her: it was the day she and her siblings escaped from the family home where they had been chained, after a heart-stopping, agonising leap from a window. “Slowly, I straightened, and pulled my T-shirt down towards my knees, and there, at the kitchen door, was Mother. I waited for her to run at me, but she didn’t. Her mouth was moving, but I could only hear the blood in my ears. We looked at one another for a long last second, then I turned and ran.”

A literary thriller expected to take the book world by storm, Girl A is less about the horrors Lex Gracie and her many siblings endured at the hands of their father, and more about how the nightmare follows them into adulthood. Lex, who narrates, is a successful lawyer who hopes to turn their “house of horrors” experience into a force for good.

As a true-crime follower, Dean drew inspiration from a number of real-life cases, from serial killers Fred and Rosemary West to the more recent case of David and Louise Turpin, the Californian parents who in 2019 were given life sentences for torturing and abusing 12 of their 13 children. The Turpins shackled their offspring to their beds, the alarm being raised by their 17-year-old daughter who broke free. Dean also read about Jasmine Block, the teenager who swam across a lake in Minnesota after being held captive for a month.

“From those cases and a few others,” says Dean, “I saw the power of teenage girls to escape and be incredibly strong. That was something I wanted to think about in terms of Lex, her resilience and intelligence in the face of a devastating experience.” But Dean ultimately wanted the book to be “about hope rather than, ‘Will they or will they not get out of the house?’ So you have the reassurance at the start that Lex is OK, then it’s a case of the years that follow – what then? Once the headlines have been recycled, what happens to the people who have been at the heart of these things? How do you live in the aftermath of that?”

An only child who grew up in the village of Hayfield in Derbyshire, Dean has always had an interest in brothers and sisters. She wanted to “capture that chemistry between siblings – Lex has a wildly different relationship with each of her brothers and sisters, for better or worse”. She researched how the experience of captivity might affect each Gracie child differently, and considered how she might have reacted herself.

“I don’t think it’s a straightforward question, which of the siblings’ paths I would have followed. You always want to think, ‘I’d be the Lex of the story, I’d cope well and with grace.’ But I’m not sure I would.” Dean says the eldest brother Ethan, who becomes an academic, was very enjoyable to write. Girl A traces his journey from a boy at odds with his controlling, religious father, to one who does what he has to do to survive, to an adult who exploits his past while keeping part of it hidden. “I always used to think that it would be you who would save us,” Lex tells him. “I waited. I would think – he isn’t even restrained. Any day now.” Dean says: “Ethan really behaves questionably, both in the house and after, in the way he manipulates the press attention.”

As a child, Dean wrote all the time, getting into fan fiction as a teenager (Final Fantasy stuff, she admits – she was a big gamer at the time). But after she got into Cambridge, where she studied English literature, she felt too daunted to continue. “It went on the back burner,” she says. “I found the creative writing scene at Cambridge quite intimidating and something I felt I wasn’t really good enough for.”

She took a law conversion course after finishing her degree and ended up focusing on technology law. “Certainly, throughout my late 20s, it was very much a 24/7 job. That was one of the reasons I started writing. Coming up to my 30th birthday, I was travelling a lot for work, doing incredibly long hours. I started to miss out on the things that made me happy. Taking three months off was partly to recover – I don’t think I was in a wonderful state – but also just to return to this thing I loved, writing, and see what happened.”

After three months, she had the bones of the novel, but it would take another year to finish the first draft of Girl A, during which time she started a new job as a lawyer for Google. “It’s a different kind of job with different hours. So I had evenings and weekends to chip away at the story. It was a great balance. I fell back in love with working – and I was also doing something that made me deeply happy, in terms of writing. I had liked the 25-minute walk to Dulwich library and the idea of a routine. But I had to become much less precious about writing once I was at Google. The second half of Girl A was written in the spare bedroom of my flat, or on the notes section of my phone on buses and tubes.”

In June 2019, she sent the book out to agents and it ended up in a nine-way auction in the UK, where it sold for a “major” six-figure sum. North American rights went for seven figures, and 12 other territories have acquired the book, with screen rights going to Sony. Dean was on a work trip for Google in India, in a taxi in a rural area with no reception, when her agent started trying to get in touch to tell her the news. The experience, she says, was “just as crazy and surreal as you might imagine”.

Dean is 32 now and working on her second novel, but continues in her role at Google. These days, she’s enjoying the law. “I didn’t think about stopping, to be honest. Working with contracts and words all day is, for me, complementary to writing. Legal work forces you to think about every word in every sentence, and how they might be interpreted, which is helpful.”

January is traditionally the month when publishers launch the debut novels they think will be huge. It happened six years ago with Paula Hawkins’ The Girl on the Train, a book that, along with 2012’s Gone Girl, triggered a deluge of thrillers with “girl” in the title. Industry magazine The Bookseller reckons Girl A, the latest in the line, will be “one of the biggest” fiction debuts of 2021.

Dean is “90% incredibly excited, 10% terrified” about seeing her story out in the world. “You spend so long with these characters,” she says. “It’s like a small obsession. I almost think about them all the time. It’s incredible that these people, who have been so real to me for years, will become real to other people. I’ve loved and detested numerous characters in my lifetime of reading. The idea that people will have equivalent feelings about my characters is just wonderful.”