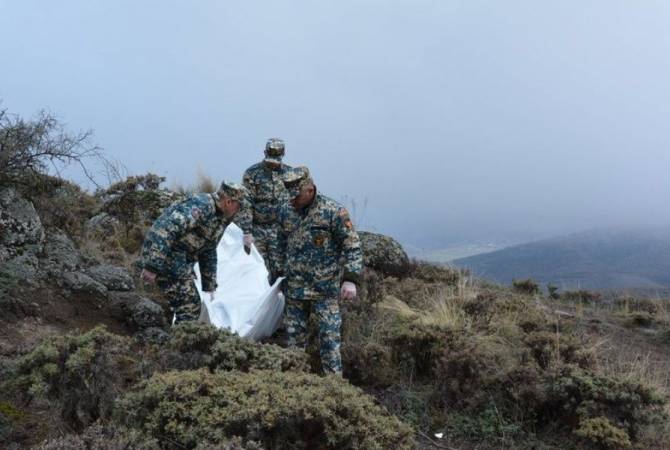 YEREVAN, JANUARY 25, ARMENPRESS. 2 more bodies have been found during the search operations on January 24, the State Emergency Service of Artsakh said, adding that according to the preliminary data one of them is a civilian found in the territory of Tumi village in Hadrut region.

Forensic examination will be carried out to identify the bodies.

So far, a total of 1283 bodies have been found in the battle zones as a result of the search operations. 15 of them are civilians who either have been murdered or killed in shelling.

Today the search operations are carried out in the directions of Varanda (Fizuli), Jrakan (Jabrayil), Hadrut and Mataghis.