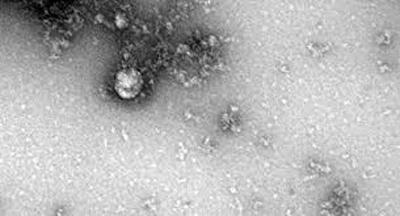 “The State Research Centre Vector of Rospotrebnadzor has become first in the world to take a picture of the UK coronavirus strain, isolated from a patient in December 2020. The photo of the virus under a microscope was made during an ongoing study of this novel coronavirus variant’s properties, including its structural characteristics, and [their] expression in cell cultures and experimental models using lab animals,” the watchdog said in a statement.

The statement continued that the Rospotrebnadzor-developed PCR tests were capable of detecting the new strain in a patient, while the testing kit by the watchdog’s Central Research Institute of Epidemiology was capable of telling it from non-mutated variants.

“The mutations that are characteristic to the UK coronavirus strain do not affect the effectiveness of the EpiVacCorona vaccine, which contains peptide antigens that are among the conservative parts of the viral protein, which is not affected by the changes that were detected in the virus,” the statement concluded.

In December, the UK announced that a new coronavirus strain was detected in the country, adding that the new variant can be up to 70 percent more transmissible than other SARS-CoV-2 variants. After the news, many countries suspended travel to and from the UK. There is no evidence that the new strain is more pathogenic.