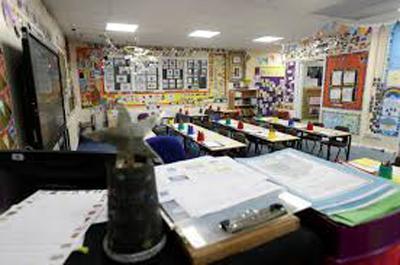 Over the weekend, UK Health Secretary Matt Hancock hailed the vaccination rollout as making “brilliant progress”, yet was forced to acknowledge that the NHS was still struggling under intense pressure and hopes for an easing of lockdown restrictions in the country were a “long, long, long way” off.

UK Prime Minister Boris Johnson and Secretary of State for Education Gavin Williamson are said to be under increased pressure to reopen schools after half-term in February, as a growing revolt is gathering momentum against plans to leave parents and pupils facing more months of remote learning, writes the Daily Mail.

Gavin Williamson is said to be gearing up to announce the plan to delay bringing schoolchildren back to the classrooms, with many teachers suggesting the delay might last until as late as April or May.

Schools across the UK were told to close again from 5 January after some primaries had flung open their doors for just one day after the New Year holidays.

Despite being ‘safe’ for pupils, Boris Johnson had admitted at the time that they might act as ‘vectors of transmission’.

In response to the reports of a protracted delay in reopening schools, at least a dozen Conservative MPs have been warning that protracted COVID-19 lockdowns are going to result in a ‘forgotten generation’.

A group of MPs that includes former Cabinet minister Esther McVey and Sir Graham Brady, chairman of the influential 1922 Committee of Tory backbenchers, have reportedly thrown their weight behind a campaign launched by parents’ initiative group UsforThem to have schools fully reopen, according to The Telegraph.

Education Select Committee Chairman Robert Halfon went on Twitter to reveal he had written to Speaker Sir Lindsay Hoyle to request that a minister be summoned to Parliament on Monday for an Urgent Question in the House of Commons regarding a ‘route map for the reopening of schools’.

Given media speculation on schools no longer opening post Feb half-term, I’ve written to Speaker @LindsayHoyle_MP to ask for @HouseofCommons Urgent Question to get clarity from @educationgovuk & an education routemap out of coronavirus to get children learning again at school 👇 https://t.co/thYci63v65

This is grim news from @SianGriffiths6 @thesundaytimes @thetimes for pupils & parents. We need to get our children learning again. The engine of Government should be directed towards opening our schools. We face an epidemic of educational poverty & mental health otherwise 👇 pic.twitter.com/zn8FOVsLiF

​Coronavirus restrictions should come ‘in other parts of the economy and society’ to ensure that schools open ‘sooner rather than later’, he was cited by The Times as saying, adding:

“We have to make a decision – is educating our children the most important single thing we should be doing as a nation? My message to the Prime Minister is that every day we don’t open the schools properly, we are damaging the life chances of the younger generation, particularly those from disadvantaged backgrounds.”

Parents are also concerned that an eventual reopening of schools is not anticipated to be consistent across the country, as Deputy Chief Medical Officer for England Dr. Jenny Harries told MPs last week that a regional approach may be taken.

​According to her, London, where there were ‘glimmers of hope’, may potentially become the first to see pupils returning to classrooms.

‘In for the Long Haul’

The calls come as a chorus of voices from UK officials last week urged caution amid the continued pandemic.
On 21 January Gavin Williamson had extended hope that schools would be able to reopen before Easter, yet the government failed to endorse these words.

Co-General Secretary of the National Education Union Kevin Courtney dismissed the statement as ‘optimistic’, instead suggesting that classrooms might open to children ‘as late as May.’

Health Secretary Matt Hancock on Sunday spoke to reporters to hold out hope that schools in the UK might reopen by Easter, with the decision hinging on the levels of infection in the community.

However, according to him, hopes for an easing of lockdown restrictions in the country were a “long, long, long way” off. The bleak forecast was supported by a source cited in The Sunday Times:

“We are in this for the long haul. Although we have not arrived at an exact date when we think schools will go back, it will not be after half-term.”

To cushion the blow, the government is planning to expand its tutoring initiative to help those youngsters who are at most risk of getting left behind.

According to the outlet, the Department for Education is planning to provide 15 hours of tuition in the next academic year for 450,000 disadvantaged children.