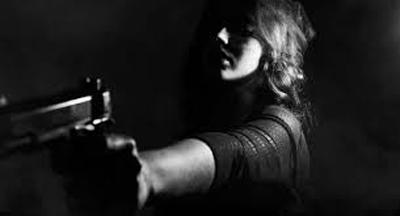 The stark 33-percent year-on-year rise represents a break from a steady downward trend, researchers said, pointing to the anti-COVID lockdown as the possible culprit. The last time Finland saw a similar anomaly was over legal amendments concerning alcohol.

In 2020, the number of homicides in Finland jumped to a several-year high, according to statistics released by the National Police Board.

“Had the long-running decline in homicides continued last year in the same trend as earlier in the 2000s, there would’ve been about 20-30 fewer homicides. That means the number of homicides was about a third higher than the long-term trend indicated”, researcher Miikka Vuorela of the University of Eastern Finland, told national broadcaster Yle.

The number of homicides has been steadily declining since the 1990s, except for a roughly 30-percent anomaly registered in 2018 that was widely attributed to amendments introduced to alcohol legislation in Finland.

Some see the uptick in murders as a token of change in the nature of homicides. For instance, last autumn, the Eastern Uusimaa Police Department reported that violent crimes have become more brutal.

Judicial changes are another possible explanation, given the often very subtle legal line between aggravated assault and attempted manslaughter.

Markedly, the jump in violent crime occurred largely in the first half of the year, coinciding with a state of emergency declared by the Finnish government over the coronavirus epidemic.

“We saw the shutdown of society, temporary layoffs by companies, and unemployment in the spring. Those are all linked to longer-term financial worries and stress. That’s generally how the state of emergency may have had an impact on this kind of crime”, Vuorela mused.

The police also emphasised a spike in drug use and alcohol consumption as yet another factor behind the surge in violent crime.

“The view is that the rise in homicides is to some extent a consequence of the restaurant domain shutting down. Alcohol is being increasingly used within four walls. There’s no one to step in if a fight breaks out in those circumstances. Perhaps that partly explains the number of serious offences”, Pekka Heikkinen, a chief superintendent at the National Police Board, said.

Finland has so far seen 42,580 COVID-19 cases, with some 650 fatalities, being one of the more mildly-hit European nations. The Nordic country, however, saw a state of emergency last spring, with the entire Greater Helsinki area and its surroundings cordoned off for several weeks.