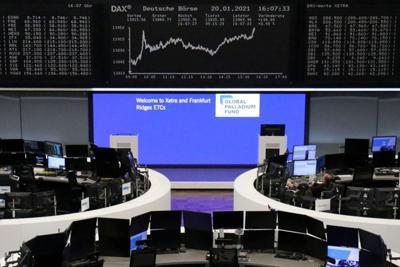 Chemical stocks gained the most among sectors as industrial gas producer Linde rose 3.7% after announcing an increase to its quarterly dividend and a $5-billion share buyback programme.

The STOXX 600 tumbled to a two-week low on Monday after data painted a gloomy picture of the European economy in January as many countries tighten curbs to combat new variants of the coronavirus.

“The numbers that are coming out show economic activity in Europe is falling back and underperforming other parts of the world,” said David Miller, investment director at Quilter Cheviot.

“So far, investors are prepared to look through the current difficulties on the basis that second half will be better.”

Italy’s FTSE MIB rose 0.8% with Prime Minister Giuseppe Conte set to resign later in the day on hopes President Sergio Mattarella will give him a mandate to form a new government with broader backing in parliament.

“The most likely scenario in our view remains the reappointment to Conte and a new government with a majority enlarged to groups of the center and with the return of Italia Viva,” analysts at Equita Research wrote in a note.

“The timing of the crisis could be rather short.”

Spanish pharmaceutical company PharmaMar jumped 15% after peer review journal Science published a paper that confirmed its drug Plitidepsin has a “potent preclinical efficacy” against the COVID-19.

Weighing on the sector, Swiss drugmaker Novartis fell 2.8% after its fourth-quarter sales and profit rose less than analysts expected.

Britain’s Rolls-Royce dived 9.2% to a 10-week low after it downgraded expectations for how much its engines would fly this year and warned of a big cash outflow.

Reporting by Sruthi Shankar in Bengaluru; Editing by Arun Koyyur