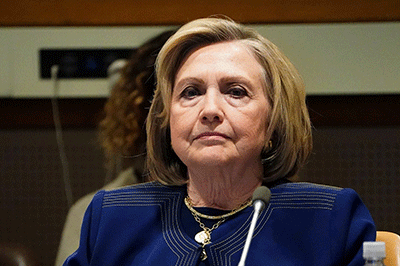 Former U.S. Secretary of State Hillary Clinton speaks at United Nations Headquarters on a panel about including women in the peace process in Afghanistan, in the Manhattan borough of New York City, New York, U.S., March 10.(Reuters  Photo).

According to the article, the duo has chosen to adapt Gayle Tzemach Lemmon’s pro-YPG/PKK book “The Daughters of Kobani: A Story of Rebellion, Courage, and Justice” to a TV series.

“The Daughters of Kobani is an extraordinary account of brave, defiant women fighting for justice and equality,” Clinton is reported as saying in the article with regards to the book, which includes interviews and reports of YPG terrorists fighting another terrorist group, Daesh in Northern Syria.

The Hollywood Reporter also said in the article that the Clintons are going to produce the drama via their HiddenLight production company.

The former secretary of state and presidential candidate’s pro-YPG stance is a reflection of the United States’ support for the terrorist group, which is the Syrian affiliate of the PKK, recognized by the U.S. as a terrorist organization as well.

The U.S. has primarily partnered with the YPG/PKK in northeastern Syria in the fight against Daesh. Turkey strongly opposes the YPG/PKK’s presence in northern Syria, which has been a major sticking point in strained Turkey-U.S. relations. The U.S. has provided military training and thousands of truckloads of weaponry to the terrorist group, despite its NATO ally’s security concerns.

A Florida man and an ex-member of the YPG was also arrested recently and charged with trying to organize an armed response to pro-President Donald Trump protesters expected at the state Capitol on Sunday, the U.S. Attorney’s Office announced.

The office said that Daniel Baker joined YPG in 2017 and fought in Syria against the Daesh terrorist group. He claimed on social media that he was “a trained sniper for the YPG,” according to the Attorney’s Office.

The office described the YPG as a sub-affiliate of the PKK, “which is designated by the United States government as a Foreign Terrorist Organization.”

The CIA also used to recognize the YPG as the Syrian wing of the PKK, as it was stated on their official website. The statement was removed after the U.S. decided to abandon moderate Syrian opposition and partner with the YPG.

Many U.S. officials, including veteran Senator Lindsey Graham and high-ranking military officials, previously accepted the fact that the YPG is merely a rebranding of the PKK terrorist group.

In testimony before the U.S. Congress, Clinton confessed that Washington supported and funded another terrorist group, al-Qaida. 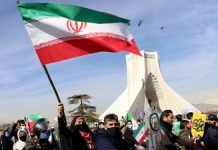 Kyrgyzstan: Waiting and loathing on the Chinese border