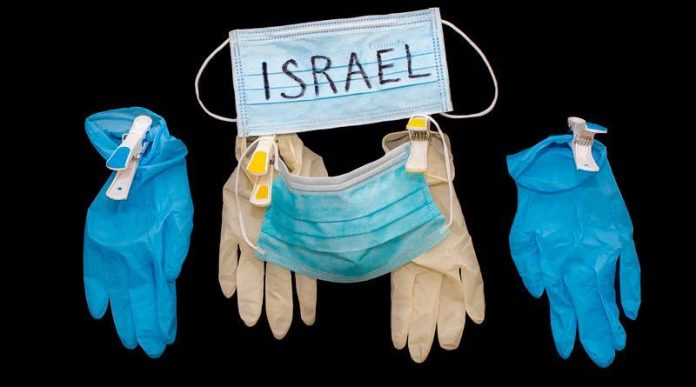 Israel has already vaccinated more than 72 percent of those aged 60 and above of its population.

The tiny state of Israel has become a world leader in inoculating its population against the coronavirus. Israel’s total population is nine million and it has already vaccinated 20 percent of its population.

The apprehension witnessed in many other parts of the world against the vaccine is absent here and people are queuing outside health care centres to get the jab and regain lost freedoms.

Every day, over a hundred thousand Israelis are vaccinated, some days the number has been as high as 150,000.

Israel was among the first nations to purchase the vaccine and it did so by promising the pharmaceutical giant Pfizer that in exchange for 10 million doses it would provide medical data of its citizens including age, gender, and medical history. Any information on the side effects and general efficacy of the vaccine would also be shared for research purposes. Identifying details, however, would remain private.

In December, German Chancellor Angela Merkel appeared with folded hands in the Bundestag as she pleaded to the leaders of different states to impose a harsh lockdown and bring down the death rate. England was grappling with a new strain of COVID-19 that forced British Prime Minister Boris Johnson to also impose a full lockdown.

Whilst Germany, which is seen as a paragon of medical efficiency, and the UK, which has a robust health care system, struggled to contain the virus, Israel’s regulatory authority had cleared the Pfizer vaccine giving the country a leg up in the race to inoculate.

For a small country, and one whose people have been historically persecuted, speed was of significance. It prioritised the most vulnerable: The elderly, the health care workers, and those with pre-existing medical conditions. It has already vaccinated more than 72 percent of those aged 60 and above of its population.

A public health care system is another significant reason that led it on a path to rapid vaccination. Systems were already in place and worked efficiently, which smoothened the process of inoculation.

Israel has also cracked deals with other vaccine manufacturers such as the American Moderna and Britain’s AstraZeneca. Moderna has reportedly promised vaccines for six million people.

Israel is being complimented for its efforts but many say it deserves to be chastised for ignoring the Palestinians; 4.5 million Palestinians live in the crowded West Bank and Gaza and have not received vaccines from Tel Aviv.

The Human Rights Watch said that under the Fourth Geneva Convention, Israel has an obligation to provide medical supplies, “including to combat the spread of pandemics.” It said that according to international human rights law, Israel must vaccinate Palestinians living under its control in a fair and non-discriminatory manner.

“Nothing can justify today’s reality in parts of the West Bank, where people on one side of the street are receiving vaccines, while those on the other do not, based on whether they’re Jewish or Palestinian,” said Omar Shakir, the director at Human Rights Watch (HRW) for Israel and Palestine. “Everyone in the same territory should have equitable access to the vaccine, regardless of their ethnicity.”

But the Israeli media has quoted officials who said that the Palestinian Authority [PA] has not asked Israel for help. The PA is reportedly trying to secure the vaccine from other sources with financial support from the World Health Organisation (WHO).

Hamas, which controls Gaza, is an arch-enemy of the state of Israel and is not expected to seek or accept support from Israel even during a pandemic. Reports suggest that the Palestinians have instead opted to coordinate with the Russians.

Sputnik V, Russia’s vaccine against COVID-19, has reportedly been approved by the PA. Meanwhile, Israel has started to vaccinate at least the Palestinians in its prisons.

Despite the speedy inoculations, the number of infections in Israel rose before they eventually start to climb down. In addition to the vaccination drive, the Israeli government has imposed severe restrictions. Furthermore, it is expected to raise fines from US$ 1,500 to US$ 3,000 on businesses that defy the lockdown. Those who organise weddings and parties might be fined US$ 6,000.

This is an election year for Benjamin Netanyahu who has been prime minister since 2009. Bibi, as he is nicknamed, is fighting these elections in a much stronger position than the last when his corruption scandals were fresh in the minds of his compatriots. This time, however, he has signed peace deals with four Islamic nations, and expedited Israel’s recovery from the coronavirus.

The rest of the world can perhaps learn something from Israel. Even some Arab capitals are in awe of their hostile, but effective neighbour.