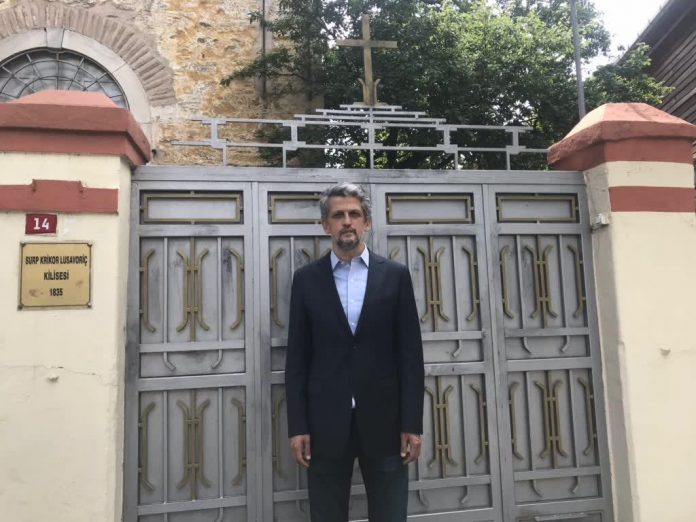 Peoples’ Democratic Party (HDP) Diyarbakır MP Garo Paylan has submitted a Parliamentary question regarding the demolition of the Surp Toros Church despite being designated as an “Immovable Requiring Protection” by the Kutahya Regional Board of Cultural Heritage Protection, Bianet reports.

The historical Armenian church in Turkey’s western province of Kutaya was demolished after it came into the possession of a person.

In the Parliamentary question to the Speaker’s Office to be addressed to Minister of Culture and Tourism Mehmet Nuri Ersoy, HDP MP Paylan briefly said “dating back to 1603, the church had an important place in the city’s memory. The church was considered to be an important site of memory as it was the church where musicologist Gomidas was baptized.”

“The church was lastly used as a wedding hall and a movie hall; the authorities remained indifferent to the Armenian community’s calls for its restoration or, at least, its use as a cultural center,” Paylan said.

Paylan also referred to the remarks of Justice and Development Party (AKP) Chair and President Recep Tayyip Erdogan, who said, “We did not, do not and will not interfere with the belief, worship or the sacred of anyone.”

Paylan noted that “this demolition, despite Erdogan’s remarks, has deeply saddened and hurt all Christians, especially the Armenian citizens.”

After the Surp Toros Church in Turkey’s Aegean province of Kutahya passed into the ownership of a person, it was completely destroyed. There is now a flat ground in the place of the historical church.