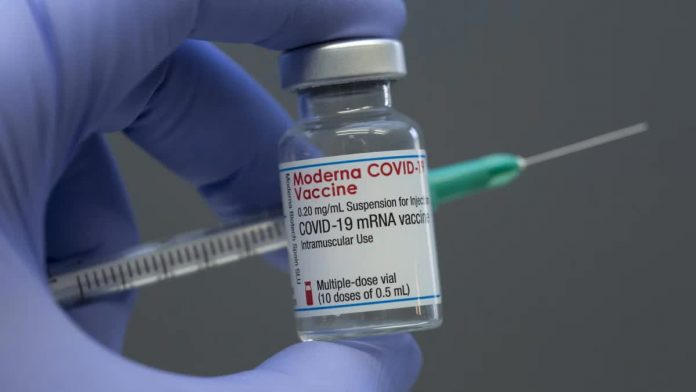 First, the good news: in a study published Jan. 25 on a preprint server, Moderna says its COVID-19 vaccine continues to protect against two of the major mutant strains of SARS-CoV-2 circulating around the world: one that was first identified in the U.K. (called B.1.1.7) and one first seen in South Africa (B.1.351).

Now, the not-so-good news. Blood from people vaccinated with the company’s shot did not generate as many immune antibodies against B.1.351 as they did against the non-mutant virus—in fact, this blood contained about six-fold lower levels of antibodies. However, in the study released on biorxiv by scientists from Moderna and their collaborators at the National Institute of Allergy and Infectious Diseases, the researchers say that the level of antibodies still remains high enough to provide sufficient protection against COVID-19 disease.

“I would say I remain vigilant but not concerned” by the effect of the mutations on protection provided by the vaccine, Dr. Stephen Hoge, president of Moderna, tells TIME. “Nothing we have seen so far has me terribly worried about the vaccine.”

However, viruses constantly mutate, and eventually, one or a combination of changes could make the virus both more infectious and more deadly. Already, the U.K. strain is at least 50% more adept at spreading from person to person, and the South African strain has mutations in key areas that could help the virus to evade immune cells generated to fight it.

While there isn’t immediate need to worry, Hoge says staying on top of the changes is critical. Moderna has been tracking mutations in SARS-CoV-2 since this summer, when the first major change (called D614G) from the original virus that emerged from China appeared. Since then, his team has tested blood from vaccinated people against more than 50 variants of the virus and none have raised concern about breaking through the protection provided by the vaccine.

The current study involved blood samples from eight people who were vaccinated in Moderna’s Phase 1 safety trial. Scientists at Moderna tested this sera against lab-made versions of SARS-CoV-2 modified to contain the B.1.1.7 and B.1.351 mutations (among others) and found consistently that antibody levels remained high enough to neutralize each of the new viral variants. While the scientists did not test the sera against live virus with the mutations that are circulating among people now, the lab-made versions are a scientifically accepted stand-in until the actual live virus can be tested. “The benefit we have a year into the story is that we are starting to get really comfortable that the [lab] assays and [levels of neutralizing antibodies] are predicting what we see with the vaccines and infections in humans,” says Hoge.

Testing these samples against the live mutant virus from South Africa would confirm that the antibodies formed do indeed neutralize it. Those viral samples have not yet been shipped to the U.S., he says, but Moderna’s collaborators at the National Institute of Allergy and Infectious Diseases (NIAID) collaborators at NIAID are working on getting those samples for further study.

In the meantime, Moderna is talking to the NIAID team about additional studies to test other strategies for its vaccine in case the South African variant does break through the current vaccine-provided protection. One option would be to add a third, booster dose of the existing vaccine to increase the immune response and make up for any drop in antibodies that might be caused by a mutated variant. The booster would likely be recommended for six months to a year after the second current shot.

Another option would be to boost with a new vaccine, developed specifically against the B.1.351 strain. Over the past weekend, Hoge says his team has already started work, “in an abundance of caution,” on this new vaccine. One advantage of Moderna’s mRNA technology is its flexibility—because it is based on the virus’s genetic sequence, developing a new vaccine against a new variant would be a matter of “copying and pasting—we could past the South African strain mutations into our vaccine very quickly,” says Hoge, and have shots ready to test “in a matter of six to nine weeks.”

The limiting factor would be testing the new vaccine for safety and efficacy, but even there, it’s possible it wouldn’t take as long as the first vaccine did since regulatory agencies like the U.S. Food and Drug Administration might see the new version as a strain change similar to the changes made each year to the flu vaccine. “The agency has experience with other situations where such changes are needed, for example, as is the case with influenza virus vaccines,” a spokesperson from the FDA said in a statement to TIME. “FDA has already given thought to developing a potential pathway, should changes need to be made to authorized COVID-19 vaccines or other products based on information on emerging variants.” If the annual flu shot is the model, then instead of extensive clinical studies involving tens of thousands of people, for example, the agency might only require studies with a few dozen. And there is already an ideal group of people who might volunteer for these studies for a revised COVID-19 vaccine: the same people who participated in the company’s Phase 1 studies who are now about one year out from their vaccinations.

Hoge stresses that the company’s decision to develop a version against the South African strain is purely precautionary. “What we’re doing is bringing forward a [vaccine] candidate with the new information and moving to quickly test it to show we can close the gap on the South African strain,” he says. “If we do that, that’s great news. Then the question for everybody else becomes, do we leave it in the medicine cabinet and do nothing with it, and only pull it out in a hurry when we need it? Or do we make an updated vaccine now? Those are questions we can’t answer today because it depends on what happens over the next two to three months.”

Hoge says that it’s simply prudent to prepare for the virus to possibly break through vaccine-induced protection. “We’ve got a great vaccine now so it’s not an emergency in that sense,” he says. “But this virus isn’t standing still and we also need to be trying to get ahead of it.”