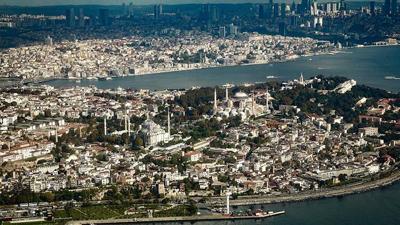 The residence permit applications of foreign nationals who want to reside in Istanbul’s Esenyurt, a district on the far western side of the city, and Fatih, also known as “historical peninsula,” have been restricted.

International students with some special conditions will be exempt from the restriction whose initial applications made as of Jan. 15 will not be accepted, according to a statement made by the Directorate General of Migration Management.

“In order for foreign students to be exempt from the restriction, the universities they study at must be within the boundaries of their district of residence,” according to the statement.

No information was given about why the directorate decided to apply such a restriction, but it’s known that Esenyurt and Fatih have one of the highest populations of Syrian refugees in Istanbul.

Since the start of the Syrian civil war, thousands of refugees settled in both districts, with many Syrian businesses starting to pop up in the neighborhoods after.

According to last year’s figures, 127,000 Syrians reside in Esenyurt and 81,000 in Fatih. The two are followed by the Bağcılar district, which is one of the most populated districts in Istanbul, with 79,000 Syrians.