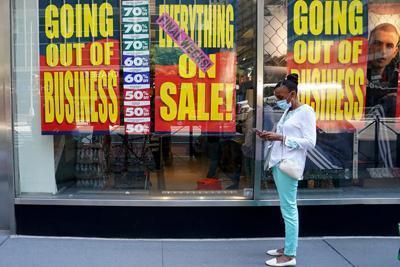 WASHINGTON (Reuters) – The U.S. Small Business Administration (SBA) on Tuesday said it had approved 400,000 more pandemic relief loans worth $35 billion and was trying to fix issues operational snags with the program raised by lenders.

The SBA launched the third round of the Paycheck Protection Program (PPP) this month, but significant changes to its rules, process and technology platform, has caused problems that were slowing approvals, a bank group said on Tuesday.

Companies looking to apply for a second PPP loan were encountering technical hurdles the American Bankers Association said, while lenders are also receiving a “high number of incorrect error messages” when they submit loan applications.

Reuters reported this month that government officials had pressured large lenders earlier to go live with the latest round of the program despite many unresolved issues.

The SBA said on Tuesday that a review of first-time loans found anomalies – “mostly data mismatches and eligibility concerns” – in approximately 4.7% of the lender-submitted data.

“These concerns will require follow-up between the lender and the borrower so that borrowers can access a second round of loans,” the SBA said, adding it would provide guidance to help lenders work through the problems they’re encountering.

Under the PPP, companies receive loans from banks and fintech companies that will be repaid by the government if the money is spent on eligible expenses. Some $525 billion worth of PPP loans were made last year via 5.1 million loans.

Congress expanded the program with another $284 billion last month. It also changed the rules on who was eligible, what the money could be spent, as well as changing the process for submitting and approving loans.