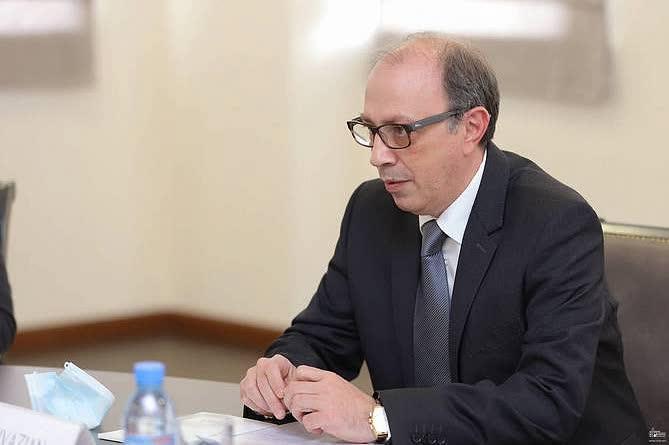 “Recently, the OSCE Minsk Group co-chairs held a meeting. We are going to contact them soon and expect them to visit the region,” he said.

Aivazian noted that there are a set of key issues, one of which is the clarification of the status of Nagorno-Karabakh.

‘In order to talk about stability, security and peace in the region, first of all, an atmosphere of trust must be created,’ Aivazian said.

“An atmosphere of trust is created if very important issues are resolved, first of all I mean the repatriation of all our prisoners of war and other detainees held in Azerbaijan. I believe that Azerbaijan should understand that this is a humanitarian issue. And if Azerbaijan keeps on trying to capitalize on this issue, I am sure that it will become a problem for it,” he said.

On December 14, 44 Armenian prisoners of war and other captivates were brought home by a Russian military plane from Azerbaijan and 12 Azerbaijani citizens were flown to Baku. Another four Armenian prisoners of war were repatriated on December 28 with the mediation of Russia and the International Committee of the Red Cross. So far, 54 Armenians, both civilians and soldiers, have been repatriated from Azerbaijani as part of exchanges between the two sides.

Armenia and Azerbaijan earlier agreed to “all for all” swap of POWs. However, more than two months after the fighting stopped, Azerbaijan still holds unknown dozens of Armenian prisoners of war. On September 27, 2020, Azerbaijani armed forces, backed by Turkey and foreign mercenaries and terrorists, attacked Nagorno-Karabakh along the entire front line using rocket and artillery weapons, heavy armored vehicles, military aircraft and prohibited types of weapons such as cluster bombs and phosphorus weapons.