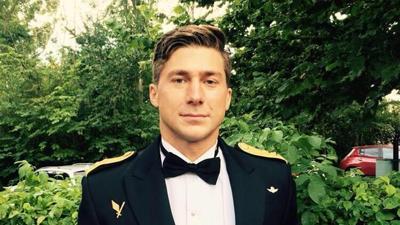 The whereabouts of Deniz Arda, a Turkish-origin Swedish naval officer who had gone missing in November in Stockholm, remain unknown to this day despite Swedish authorities’ ongoing search activities across the country.

His father, Yüksel Arda, told state-run Anadolu Agency that his son, a commando officer in the Swedish Navy, went missing after saying he would go for an 80-kilometer run in the region in Stockholm on Nov. 18, 2020.

He noted that the footage of his son leaving a gym was detected on CCTV cameras, but the rest was unknown.

“Army, police and NGOs have been searching for a wide range of air and ground for three months in the Nacka region. Some 3,200 civilians made such a search for the first time in Swedish history,” Arda said, adding that despite all efforts no trace of his son was found.

The Swedish police are also working on theories of murder, kidnapping, suicide, or self-willed disappearance, the father said.

According to the Swedish media, Arda had been stationed in Arvidsjaur, a town of 5,000 inhabitants in the north of the country, but came to the capital city for training.

The officers’ mobile phone, identity card and backpack were found in his home, the reports said.

Hakkı Emre Yunt, Turkey’s ambassador to Stockholm, said that they had been following the incident closely from the first day and informed the Foreign Ministry.