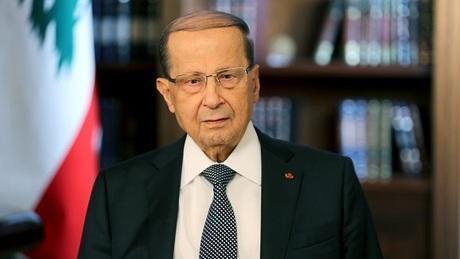 President Michel Aoun has requested a meeting for Lebanon’s Central Security Council to discuss the current security situations in the country, the Presideny said on Thursday.

“In clarification to what the MTV channel mentioned this evening about President Michel Aoun not agreeing to inviting the the Higher Defense Council to a meeting to discuss the current security situations, the Presidency’s press office notes that President Aoun has requested a meeting for the Central Security Council,” the office said in a statement.

The meeting will “study the security situation in the country in light of security reports prepared by the relevant security forces,” the office added.

“In light of the suggestions and measures recommended by these forces, the necessary steps will be taken accordingly,” the office explained.

Security forces fired volleys of tear gas at rock-throwing youth in the northern city of Tripoli on Thursday amid outrage over the country’s coronavirus lockdown and inaction of the political class in the face of economic collapse.

The Internal Security Forces meanwhile said that four “military hand grenades” were hurled at its members in the city, in the second such reported incident in two days.

The unrelenting protests in Tripoli, now in their fourth day, come as Lebanon grapples with both the pandemic and the worst economic crisis in its history, with only a caretaker government in charge.

The protests resumed shortly after Omar Taibi, a 30-year-old who was shot by security forces during protests on Wednesday night, was laid to rest in Tripoli. More than 220 others were injured in the overnight clashes as frustrations boiled over.

The demonstrators denounced Lebanon’s extended shutdown that has exacerbated already dire conditions. The confluence of the crises has posed the biggest threat to Lebanon’s stability since the end of its civil war in 1990.

Tripoli, Lebanon’s second largest city and its most impoverished, has been a center for demonstrations and rioting against the country’s political class. Smaller protests were reported Thursday and earlier in the week in Beirut and the eastern Bekaa region.