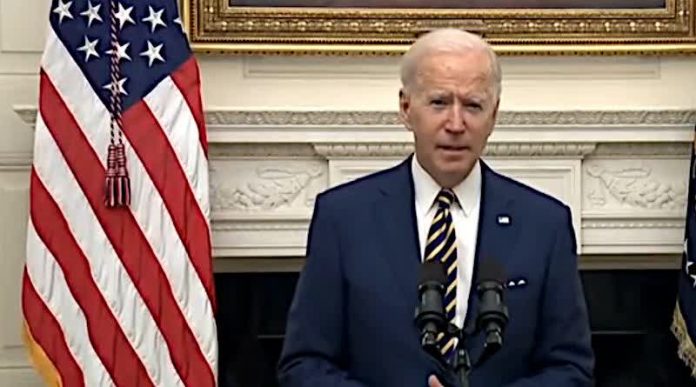 The United States of America faced an insurrection, an inauguration and an impeachment all in the span of a month. Overwhelming as the events were, the arrival of a new president in the White House marks a sense of renewal.

President Joe Biden has pledged to unify and heal a wounded nation even as former president Donald Trump continues to work the levers of division as only he can. But Biden’s call to end the “uncivil war” the country has been waging against itself is already drowning in the tidal waves of Republican opposition and unrealistic expectations of Democrats.

The harsh reality is that America’s domestic politics have gone beyond the point of responding to soaring rhetoric. Over the past decade or more, divisions have slowly solidified with no melt. Both political parties have played a role in the polarisation project – Republicans by pandering to insecurities and the Democrats by being so “woke” that anything goes.

Since Trump seized the Republican Party, the party harbours a dangerously large element of far-right conspiracy theorists and bizarre QAnon believers, who think Trump’s presidency was undermined by Satan-worshipping paedophiles in the “deep state” who are Democrats.

Millions of Americans also dispute the fact of Biden’s victory in the presidential election last November. And enough of them gathered at Trump’s beckoning, stormed the Capitol and proved that an alternate political universe exists in the country.

Today, Americans are divided on facts, basic rules of the game and how to play it. Political scientists are raising the spectre of “ungovernability” of America, especially if you add the many sources of stress on the social order—from racism to police brutality to income inequality to illegal immigration—which have all sharpened over the years and become clarified in the pandemic.

To say that Biden has an uphill task would be an understatement. It’s more like an impossible task of stitching together water and air.

Even though the Democrats control the White House and the US Congress, their majority in the House of Representatives (222 to 210) and Senate (50-50) is razor thin. There is no wiggle room for them but plenty of room for Republicans to rake them over the coals.

Barely a week after Biden took the oath of office, his party is agitating for broad, bold strokes to show that government can work for the people. Democrats want to change rules of the US Senate to power through so a simple majority can pass urgent legislation and deliver the US $1.9 trillion stimulus package.

The Republicans, after a brief flirtation with contrition for Trump’s democracy-busting act of incitement to insurrection on January 6, are back to partisan business. They have donned the steel mantle with “No” etched all over it. The shock of the storming of the US Capitol has already faded even though their lives were endangered by a Republican president’s incendiary speech.

Only 10 Republicans in the House voted to impeach Trump and they are already in trouble in their electoral districts. It is they who are being censured and isolated, not Trump.

Republicans in the Senate have quickly found brand new ways to excuse Trump’s conduct not least because he can deny them the “base” of millions of voters and bury their future in between rounds of golf. They will not vote to convict Trump when his “trial” starts next month from the second impeachment. This dashes any hope the Democrats may have harboured of peeling enough Republicans to get the required 2/3rds majority.

It is this divided Congress that Biden hopes will pass his first big-bang pandemic relief package of US $1.9 trillion and get his administration off to a great start. But no such luck. Republicans have already declared it DOA—dead on arrival—because it has too many unrelated provisions they don’t like such as hiking the minimum wage.

And so goes the gridlock that could shadow Biden’s early days, making it extremely difficult, if not impossible, to deliver on his promises. The choice is between taking the Congress along or changing the rules to sideline Republicans. Not all Democrats are in favour of bypassing their Republican colleagues.

Republicans themselves have to decide whether to go down the Trumpian path or recapture their party. So far, there are only a few in the second category. It’s not an easy choice when a large proportion of their voters believe the election was stolen from them. Convicting Trump in this “reality” is certain death.

Biden may have to temper his agenda, especially his immigration policies which are an invitation to even larger crowds surging at the southern border. Advocates of generous immigration policies are now arguing against even using the word “illegal” because it “stigmatises” people. This is the kind of extreme that exists on the Democratic side.

When coupled with the economic distress in the White working class that Republicans increasingly court and whose rage Trump successfully exploited, the enormity of the challenge facing Biden’s “unity” project becomes clear. It will come at a huge price but who will pay is the question—Republicans or Democrats?