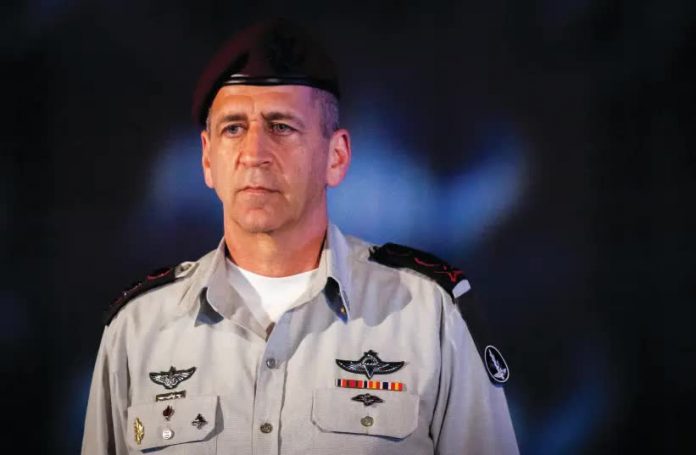 McKenzie’s arrival is the first high-level visit by a top American official since Joe Biden was sworn in as president last week.

Gen. Kenneth McKenzie, commander of US Central Command (CENTCOM), arrived in Israel on Thursday for talks with IDF top brass about Iran and other regional challenges.
McKenzie’s arrival for a scheduled two-day trip is the first high-level visit by a top American official since US President Joe Biden was sworn in last week and comes just two days after IDF Chief of Staff Lt.-Gen. Aviv Kochavi attacked American plans to negotiate a new nuclear deal with Iran.
The general’s visit is the first since the Pentagon decided to move Israel from the jurisdiction of the European Command (EUCOM) in the US military to the Central Command. Israel has traditionally been barred from CENTCOM, which works closely with Arab states, many of which until now refused to openly operate alongside the IDF.
Kochavi and McKenzie planted a tree on Thursday night to mark the holiday of Tu Bishvat. “The strategic and security ties between Israel and the US have for years served as a critical pillar in Israel’s national security and are an advantage against our enemies,” Kochavi said. “This partnership plays a key role in confronting mutual threats, led by Iran.”
Government officials said that the move to CENTCOM is of strategic significance for Israel and will allow for closer coordination and cooperation with the US military, with an emphasis on events in the Middle East.
In another sign of growing regional cooperation, the US Air Force held a drill with Qatar this week integrating Emiri Air Force Rafale fighters with American KC-135 refueling tankers. The drill was held out of Qatar’s Al Udeid Air Base. The “Sky Shield” exercise brought together members of the 379th Air Expeditionary Wing and the QEAF to demonstrate future interoperability throughout CENTCOM areas of responsibility.