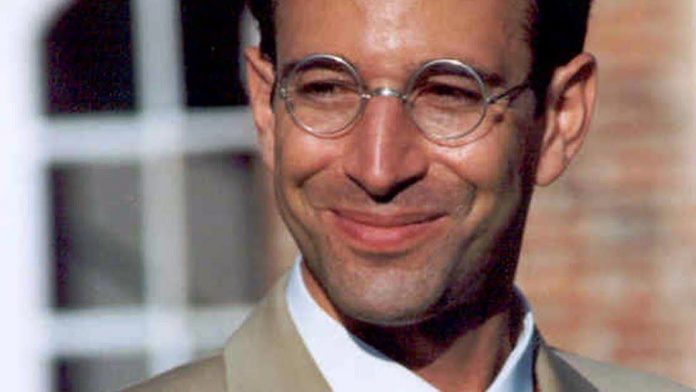 The US has said it is “outraged” by the Pakistani Supreme Court’s decision to release four men convicted of the murder of American journalist Daniel Pearl in 2002.

The White House said it was “an affront to terrorism victims everywhere”.

Pearl was kidnapped and beheaded while working on a story about extremist groups in Pakistan.

A British-born alleged militant was originally convicted of masterminding the operation, with three accomplices.

Last year, a high court acquitted Omar Saeed Sheikh and the three others. And on Thursday, the country’s top court upheld that verdict.

A lawyer for Pearl’s family said they were in “complete shock”, and the decision was a “travesty of justice”.

How did the US react to Thursday’s ruling?

White House spokeswoman Jen Psaki said the US “is outraged by the Pakistani Supreme Court’s decision to affirm the acquittals of those responsible for the Wall Street Journal reporter Daniel Pearl’s kidnapping and brutal murder which shocked the world’s conscience in 2002”.

“This decision to exonerate and release Sheikh and the other suspects is an affront to terrorism victims everywhere, including in Pakistan.”

Ms Psaki called on the Pakistani government “expeditiously review its legal options, including the United States to prosecute Sheikh for the brutal murder of an American citizen and journalist”.

She noted that Mr Sheikh was currently being held in detention in Pakistan “under national security authorities”.

The government in Islamabad has so far made no public comments on the issue.

What happened to Daniel Pearl?

He had been researching links between Islamist militant activity in Karachi and Richard Reid, who tried to blow up a passenger plane using bombs hidden in his shoes.

Prosecutors accused Mr Sheikh of luring him to a meeting with an Islamic cleric. Daniel Pearl and Mr Sheikh had built a relationship discussing concerns about their wives, who were both pregnant at the time.

Soon after Pearl disappeared, Pakistani and US news organisations received emails from the previously unknown National Movement for the Restoration of Pakistani Sovereignty. The group made a list of demands, including better treatment for Pakistani prisoners in the US.

Almost a month later, a video showing the 38-year-old’s beheading was sent to the US consulate in Karachi.

Who is Ahmed Omar Saeed Sheikh?

Born in London in 1973, Mr Sheikh attended an independent school before going on to study at the London School of Economics. He did not graduate, failing to return after driving aid to Bosnia after his first year.

He was arrested in India in 1994 and served time in prison in connection with the kidnapping of four tourists – three British and one American.

He was released from jail as part of demands by militants who hijacked a plane in 1999.

In American media reports citing government officials, Mr Sheikh has been accused of transferring money to one of the militants involved in the 11 September 2001 attacks on the US.

Why were Sheikh and his accomplices acquitted?

Following an investigation, the four men were arrested, charged and then convicted in 2002.

There seemed strong evidence that Sheikh had masterminded the kidnapping, having been identified at the hotel in Rawalpindi by two separate eyewitnesses. But the prosecution case was deeply flawed, says the BBC’s Secunder Kermani in Islamabad.

He says that it is widely acknowledged that Mr Sheikh first handed himself over to Pakistan’s powerful intelligence services. However, police and prosecutors attempted to gloss over that, and instead, in spite of overwhelming evidence to the contrary, claimed he had been arrested a week later, wandering around Karachi airport.

What’s more, our correspondent says, evidence began to emerge that Mr Sheikh had not physically carried out the murder himself. Instead, it’s now thought a senior al-Qaeda operative currently in Guantanamo Bay, Khalid Sheikh Mohammed (no relation), was responsible.

The Pakistani authorities, however, deliberately discounted testimony suggesting that was the case.

Speaking on the condition of anonymity, two former leading figures in the investigation told the BBC of their frustration at how it had been handled. One said the decision to try and brush over discrepancies in the timeline, and ignore evidence suggesting Sheikh was not present at the time of the murder, undermined the rest of the case, even though they believed it was clear Sheikh had orchestrated the abduction.

In April 2020, a high court in Sindh acquitted Omar Saeed Sheikh and the other three men of murder.