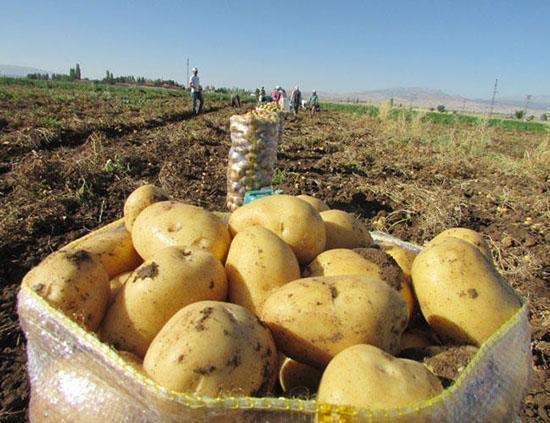 What really happens to your body when you live off spuds.

When you’re following a weight loss diet, the humble spud is usually the first carb to be cut from the shopping list – which makes the rise of the potato diet all the more remarkable. This extreme way of eating involves consuming nothing other than cooked potatoes for a set period of time with the goal of achieving rapid weight loss.

The potato diet can last anywhere from three tough days to several gruelling months, and while many claim to have lost significant weight following it, no scientific studies have been done to support these claims. Away from the deep fat fryer, this versatile root vegetable has a host of health benefits – but is the potato diet safe, and should you try it for weight loss?

We explain how the potato diet works, examine the nutritional profile of the spud and put our health concerns to Pixie Turner, a registered nutritionist for Discover Great Veg:

What is the potato diet?

The potato diet essentially involves eating nothing but potatoes for days, weeks or months. There are several ways to do it, the most popular being a crash diet popularised by Tim Steele, author of The Potato Hack: Weight Loss Simplified. Commit to eating plain, cooked white potatoes for three to five days, and you could lose up to one pound (0.45 kg) per day, the book claims. All condiments and toppings are vetoed except salt, which is allowed but advised against.

Other, longer-term versions of the potato diet have cropped up in recent years, such as Spud Fit Challenge. It was created by Aussie dieter Andrew Taylor, who ate nothing but tatties for an entire year, shedding 117 pounds (53.07 kg). In his version of the drastic diet, sweet potatoes, herbs and spices, and even certain fat-free condiments are allowed, like sweet chilli, tomato sauce or barbecue sauce.

Generally, the rules for the potato diet vary in three ways:

You’ll notice that it isn’t called the French fry diet. High-fat, high-salt potato foods such as crisps and chips are off the menu, no matter what. As for washing those spuds down with a drink – usually only water, coffee, and tea (without milk or sugar) are recommended.

Does the potato diet work?

The potato diet will initially help you lose weight, because it’s very low in calories. One medium-sized skin-on potato contains 110 calories, so even if you ate 10 whole potatoes over the course of a day, you’d only consume 1,100 calories – far below the recommended daily calorie intake of 2,000 for women and 2,500 for men.

‘There’s nothing special about the potato in terms of weight loss,’ says Turner. ‘It simply does whatever any diet tries to do: limits foods in order to limit total energy consumption. Most likely someone would get bored of eating nothing but potatoes pretty quickly and therefore end up eating less food overall compared to usual.’

The potato diet simply does whatever any diet tries to do: limits foods in order to limit total energy consumption.

Flavourful foods set off the reward system in your brain, and unsurprisingly, plain cooked potatoes don’t quite have the same effect – so it’s almost impossible to overeat them. This means you’re only likely to eat when you’re hungry, and only enough to curb your hunger.

Potatoes also contain proteinase inhibitor 2, a compound that may help to reduce appetite and food intake and stimulate satiety hormones, though more research is needed on that.

Benefits of the potato diet

While the potato diet has a great deal of worrying downsides and health risks, there are a few potential benefits worth examining:

One potato (around 180g) contains more than a quarter of your daily potassium, vitamin C, vitamin B6 and potassium intake, plus a substantial helping of folate, niacin, phosphorus, and manganese. They’re a rich source of antioxidants – specifically lutein and zeaxanthin in white potatoes, and anthocyanins in purple and red potatoes.

🥔 Potatoes are high in fibre

Each potato contains around 3.7g fibre, about the same as an apple. Not only is fibre essential for a healthy digestive system, it makes you feel fuller for longer and keeps your blood sugar levels stable. Potatoes are also full of resistant starch, which resists digestion and feeds good bacteria in the gut.

Potatoes are cheap, readily-available, and less perishable than other vegetables. They also offer bang-for-buck in terms of fullness, topping the satiety index, which ranks foods according to their ability to satisfy hunger. You’d need to eat seven croissants to feel as full as you would from one tatty.

The potato diet is straightforward, we’ll give it that. Some people claim the simplicity of the rules alters their relationship with food – that they become more aware of when they are eating out of boredom or tiredness and gain a greater understanding of when they are hungry and full. However, there are far healthier ways to reach this understanding. For example, adopting mindful eating practices or intuitive eating.

Risks of the potato diet

There’s no question that potatoes deserve a place on every dinner place, but following the potato diet for any period of time can have drastic health consequences, such as:

🚫 The potato diet is very restrictive

Strict dieting is a form of disordered eating that can lead to an unhealthy relationship with food. ‘Eating only potatoes flies in the face of everything we know about a healthy pattern of eating,’ says Turner. ‘It’s restrictive, hugely limiting, boring, anti-social, and it’s impossible to obtain all the micronutrients the body needs from just potatoes.’

Potatoes don’t contain all the vitamins and minerals you need for optimal health – including vitamin B12, vitamin A, calcium and zinc. They’re also incredibly low in protein and fat, containing 4.3g and 0.2g respectively per potato. You need protein to help build muscles and bones and make hormones, while fats help the body absorb certain vitamins.

Even though you may lose weight rapidly, it doesn’t mean you’re losing fat. Muscle loss is extremely common when dieting, particularly on low-calorie, low-protein diets. In one small study, 18 per cent of the weight lost by participants on a 500-calorie diet was lean muscle.

🚫 The potato diet slows your metabolism

Eating fewer calories that your body needs interferes with your metabolism. One of the ways this happens is through muscle loss, since muscle tissue is more metabolically active than fat. Following a low-calorie diet can decrease your daily calorie burn by as much as 23 per cent, and this effect can persist long after the diet ends.

🚫 The potato diet makes it hard to sustain results

When your metabolism slows and your body burns fewer calories in response to eating very few calories, it’s called adaptive thermogenesis. This makes it difficult to maintain your new weight once you return to your normal way of eating. Long-term studies have shown that as many as 90 per cent of dieters return to their previous weight.

🚫 The potato diet exposes you to toxins

Acrylamide is a toxic chemical substance that forms when starchy foods like potatoes are cooked at high temperatures. High doses are known to damage the human nervous system and cause cancer in animals. If you intend to follow the potato diet long-term, don’t keep raw potatoes in the fridge and soak them in water before baking.

Is the potato diet safe?

While it may help you lose weight, the safety of the potato diet hasn’t been tested in a scientific setting. However, it’s extremely restrictive, lacks important nutrients, and may interfere with your metabolism. ‘Just don’t do it,’ says Turner. ‘It’s not worth it. Food is a wonderful thing, but eating nothing but potatoes is dull and unnecessary.’

For healthy, sustainable weight loss, balance complex carbohydrates with ‘plenty of fruit and vegetables, including leafy greens like kale, cavolo nero, and spinach; protein sources like meat, fish, beans and tofu; sources of fat like oily fish, avocados and cheese; and some foods you enjoy just for the fun of them,’ she says.

There is no ‘one size fits all’ approach to treat severe asthma, study shows