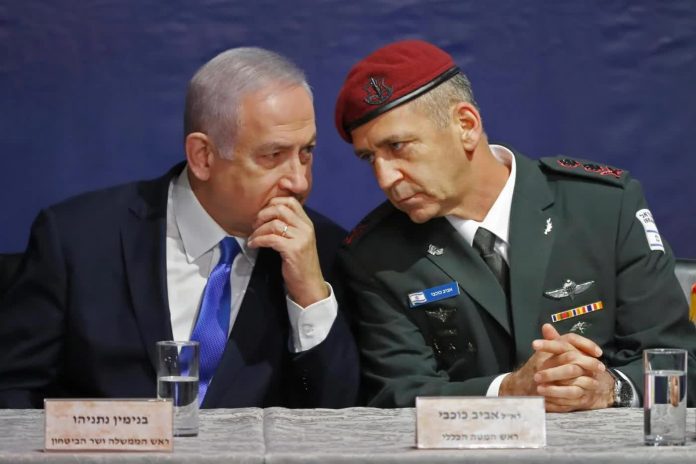 After a year-long pause due the Covid-19 pandemic, Israel has renewed its threats against Iran. It was Lieutenant General Aviv Kochavi, Israel’s chief of staff, who out of the blue broke the silence and brought Iran’s nuclear programme back to the front of Israeli discourse.

Or, at least, that’s what he’s trying to do. Kochavi hopes to capture the attention of a public whose priorities and main concerns are still only one: how to beat the virus and bring the country back to normalcy.

On Tuesday, the army chief told the annual conference of the Tel Aviv-based Institute for National Security Studies that the military is updating and upgrading its operational plans, to improve preparedness in case Israel decides to attack Iran’s nuclear facilities.

“We are working on them diligently and will develop them over the next year,” the general elaborated.

Kochavi also added that it would be wrong if the world returns to the 2015 nuclear deal, signed by Iran and the six major powers (the US, UK, Russia, China, France, and Germany), even if it is modified and improved. Although he was talking about the “international community” he clearly meant the United States under new president Joe Biden.

Kochavi is worried by Biden’s intention to re-enter negotiations with Iran and swiftly sign a fresh nuclear deal, which would be along the lines of the 2015 one. In 2018, then-President Donald Trump unilaterally pulled the US out of the agreement and imposed harsh sanctions that are crippling Iran’s already-fragile economy. Until then all the signatory members, including Iran, had honoured the deal.

Excluding the US, the other five members remained committed to the agreement. But in 2019, Iran retaliated by gradually violating some of its clauses, without leaving the agreement. The violations included enriching larger quantities of uranium, raising the level of already enriched uranium from 3.67 percent to five percent with a decision to further elevate it to 20 percent, and reactivating advanced centrifuges.

All these steps are bringing Iran closer to the nuclear threshold, from where it is feared Tehran could rush and develop its first nuclear weapons within a few months.

It’s not known whether Kochavi had coordinated his speech with Prime Minister Benjamin Netanyahu, but clearly its content is in line with Netanyahu’s thinking and desires.

Practically, the chief of staff allied himself completely with Netanyahu, by echoing the prime minister’s fears that once Iran has the bomb it may use it. Such a frightening scenario has never been heard from Israeli security and military experts.

The chief of staff allied himself completely with Netanyahu, echoing fears that once Iran has the bomb it may use it. Such a frightening scenario has never been heard from Israeli security and military experts

Between 2010 and 2013, Netanyahu and Ehud Barak, the defence minister at the time, clashed with the top echelons of the Israeli military and security establishment, who warned against an independent strike on Iran and cautioned about a potential rift with the US administration of Barack Obama.

Regardless, Netanyahu opposed the 2015 nuclear deal, insisting “no deal is better than a bad deal”. That year, in an unprecedented move, the prime minister plotted with the Republican controlled Congress against Obama and his top advisers. Netanyahu delivered a speech to a joint session of Congress, urging the US not to sign the agreement.

Obama and Biden, then vice president, were furious. They rejected Netanyahu’s intervention in US domestic politics and signed the deal. Most Israeli intelligence and defence officials have admitted that the agreement had flaws but thought that once it was a done deal, Israel had to accept the reality and improve the strained relations with the US.

By once again beating the drums of war, Kochavi has walked into a minefield.

He has stepped into the foreign policy arena, which is the prerogative of Netanyahu and the government. It is not the responsibility and mission of a military person to preach to the US president about what to do.

It also seems that halfway through his four-year term, the Israeli chief of staff feels frustrated. The central role that generals have always played in all Israeli walks of life has been sidelined because of the pandemic.

It may well be that these threats are just a tactic to increase demand for a boost in the defence budget, which the army has used in the past.

However, Kochavi’s inflammatory language can result in two major consequences.

One relates to Iran. The warmongering might increase the tension between Israel and the Islamic Republic at a time when the two are engaged in political campaigns ahead of their national elections: Israel in March 2021, for the fourth time in two years, and Iran in June 2021.

Yet so far Tehran’s responses have been surprisingly mild. Iranian President Hassan Rohani’s chief of staff said on Wednesday that “the threats made by Israel are nothing but psychological warfare”. Speaking on Iranian television, Mahmoud Vaezi said: “Israel should understand the Trump administration is history. Israel no longer controls the [US] administration’s decisions now that Trump is gone.”

Indeed, Netanyahu understands that the rules of the game have changed in Washington.

The Biden administration, which controls both the executive and legislative branches, is fully committed to continuing the strategic alliance and partnership with Israel. But it also intends to execute more balance policies vis-a-vis the Palestinians and to defuse the tension with Iran.

If Kochavi is not a loose cannon, and if his speech reflects Netanyahu’s true and hidden intentions, the Biden administration will interpret it as another effort to sabotage US-Iranian relations, and will respond by putting Israel in its place.