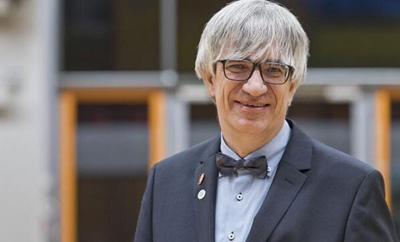 Metin Tolan, a Turkish-origin German physicist, has been elected as the rector of the University of Göttingen, one of the world’s leading universities.

The university senate unanimously elected Tolan as rector and the board of trustees of the institution approved the decision, according to a written statement from the University of Göttingen.

“I am very pleased to be elected and to have your trust placed in me, and I thank all those involved for making this possible under the strict conditions due to the coronavirus,” Tolan said.

“It is a great honour to have been elected president of a top university. This momentum must now be carried forward to prepare the university for the tasks ahead,” the academic added.

Born to a Turkish-German family in 1965, Tolan studied physics and mathematics at Kiel University, where he also received his doctorate in 1993.

During his postdoctoral works, he conducted research in the U.S. for several years, and in 1998 he completed his habilitation promotion in experimental physics.

In 2001, he accepted a professorship in experimental physics at the Technical University of Dortmund, where he was dean of the faculty of physics from 2004 to 2008.

Tolan is a member of numerous committees and advisory boards, and in addition to his professional publications, he has published four popular, non-fiction science books to date.