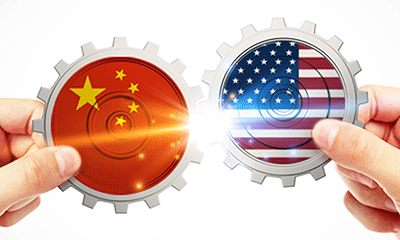 Senior US officials’ most recent remarks on China, which showed a puzzled stance mixed with hostility, bias and demands of cooperation, have brought no surprise to China, said Chinese experts on Thursday, adding that the US can’t partner and confront with China at the same time.

Chinese diplomats have released clear and appropriate voices to urge the Biden administration to correct the mistakes made by the former Trump administration, and also reaffirm China’s bottom line. Chinese analysts said before having concrete cooperation and dialogue with the US, China has patience and calmness to wait for the US to handle its domestic mess and issue a more clear and constructive policy toward China.

US Secretary of State Antony Blinken said at a press conference on Wednesday, his first full day on the job, that he favored cooperation with China on climate change and other issues of shared concern, according to the press release sent by the US Department of State, but he still endorsed his predecessor Mike Pompeo’s groundless and hostile determination of genocide on China’s domestic affairs in Xinjiang.

“Pompeo’s anti-China statements should be swept into the dustbin of history” and “We hope relevant figures in the Biden administration could honestly face the fact of the stability and development in Xinjiang,” he said, adding that China firmly opposes any foreign force to use Xinjiang to interfere in China’s domestic affairs and will firmly safeguard national sovereignty and security, as well as the interests of development.

Jin Canrong, associate dean of the School of International Studies at the Renmin University of China, told the Global Times on Thursday that Blinken’s statement is not out of expectation of what Chinese scholars expect of China-US ties. “It’s clear that the US places the greatest importance on China, with a negative attitude.”

“Blinken has expressed their demand for cooperation, but is still reluctant to abandon biased and hostile narratives on China’s domestic affairs and core interests,” Jin noted.

Lü Xiang, an expert of US studies with the Chinese Academy of Social Sciences in Beijing, told the Global Times on Thursday that senior US officials must understand that “If you want to have dinner with us [cooperation], you can’t spit at us at the table [confrontation]. We hope Biden and Blinken could be more decent and mature, and disrespected like Donald Trump and Pompeo.”

“To contain China, Mission Impossible!” Senior Colonel Wu Qian, a spokesperson of China’s Ministry of National Defense, said at a regular press conference on Thursday in English while speaking on China-US military ties.

Military relations between China and the US are now at a new historical starting point, and China hopes the new US administration can work together with China in enhancing dialogue, focusing on cooperation and managing differences, Wu said.

Lü said US officials should understand that whether they like China or not, the Trump administration has tried almost every nasty measure to contain China and stigmatize China, but this has brought great loss to themselves in terms of weakening soft power, rising military tensions, losing business interests and worsening the epidemic situation, while China experienced no significant damage and kept developing.

“The Biden administration should wake up, and even as a competitor to the US, we don’t want to see our rival keep hurting themselves like this. We understand the US has low confidence at this point as it has a great mess and troubles at home, so it wants to appear tough to cover what’s inside in front of us. We have patience to wait for them to issue a mature and clear policy to fix ties with us,” Lü noted.

There have also been calls recently for America to adjust its strategy and build an allied and partner coalition to address China’s challenge and restore balance and legitimacy in the Asia-Pacific. Such an adjustment is just like putting old wine in a new bottle.

It may cause the same mistakes made in the past and create new imbalances, which will further disrupt the regional order, China’s Ambassador to the US Cui Tiankai said in a keynote speech at an online dialogue organized by the Chinese People’s Association for Peace and Disarmament and the Carter Center on Thursday.

“At this historical juncture, we are facing a consequential choice again… China and the United States must remain closely connected, and restore trust, respect and normalcy between them. While China wishes America full success in building unity, in healing and in restoration, it is also hoped that integrity, candor, respect and vision will return to its China policy,” Cui said.

Blinken demanded cooperation with China at Wednesday’s press conference. “It’s not a secret that the relationship between the US and China is the most important relationship that we have in the world going forward. It’s going to shape a lot of the future, and increasingly that relationship has some adversarial aspects to it.”

“And it also still has cooperative ones.” Blinken mentioned “climate” and he said it’s in the interest of China, the US and the rest of the world, “so I think and hope that we’ll be able to pursue that.”

But White House special presidential envoy for climate John Kerry said on Wednesday that no issues the US has with China will be “traded” for climate.

“Obviously we have serious differences with China… the issues of theft of intellectual property and access to market,” and the South China Sea run the list. “We all know none of those issues will be traded for anything that has to do with climate,” he said.

Lü told the Global Times that “US officials would be too naïve if they believe China will accept dialogue and cooperation with no basis for equality and mutual respect.”

China has been very clear on its bottom line -cooperation with the US cannot undermine China’s security, development interests and sovereignty, such as on affairs related to Hong Kong, Xinjiang and Taiwan, said Xin Qiang, deputy director of the Center for American Studies at Fudan University.

Jin said China’s attitude would be very pragmatic. “The security issues have always been on top, including Taiwan and the South China Sea, as any conflict would be a disaster. The second one is economy and trade, as it’s about everyone’s livelihood. So if the US could be constructive or add no more tensions in these two fields, it is possible to restart dialogue or cooperation.”

The Biden administration’s lack of clarity on policy toward China also stands out in trade and technology, where many pressing issues ranging from punitive tariffs to sanctions on Huawei require relatively timely decisions, given their mounting damage to the US economy.

While maintaining a broad tough line against China and vowing to consult with allies, Biden and his cabinet members have not made any concrete moves or plans. That was on full display this week, when Biden’s pick for Commerce secretary Gina Raimondo did not say she would continue the Trump administration’s ban on Chinese firm Huawei, prompting a backlash from certain anti-China hawks in the US Congress and forcing the White House to state that Huawei was an “untrusted [vendor]” and a “threat to the security of the [US] and allies.”

“Clearly, the Biden administration has not drawn up any plan on its policy toward China and is still in a trial period,” Bai Ming, deputy director of the Chinese Ministry of Commerce’s International Market Research Institute, told the Global Times on Thursday.

Bai said that like much of Biden’s domestic agenda, his policy toward China would also face huge hurdles and pressure as it must balance many competing interests, including the effectiveness of any policy, their impact on the US economy and optics of being “tough” on China.

“What Biden will likely do is nothing in the short-term. He may not want to roll back Trump’s actions and won’t likely escalate things either,” he said. However, that won’t work with China, because “China would likely want those illegal tariffs rolled back and returned to a point of cooperation,” he said.

However, given the lack of an overall plan toward China, there is no need to read too much into Biden officials’ or nominees’ remarks, because they do not offer “much value,” Gao Lingyun, an expert at the Chinese Academy of Social Sciences in Beijing, told the Global Times, adding that Biden is likely seeking to restructure the framework for China-US relations for the coming four years.

Biden has already communicated with some world leaders including Russian President Vladimir Putin over the phone, and observers and media worldwide also expect him to call Chinese President Xi Jinping. In the past, the leaders of the two countries will normally have a phone conversation within a month after inauguration day.

Jin said the US at this moment is not confident to face China alone, so Biden needs to call all other major powers, especially US allies in Asia, to learn everyone’s concern and demands, and to what extent they will support the US to deal with China. Then he would be prepared to call the Chinese leader.

Lü said the domestic mess consists of a divided society and worsening epidemic situation, and will also slow Biden’s preparation, and “China can wait, no hurry.”  Department-level officials could be engaged soon, but talks between national leaders will take time.