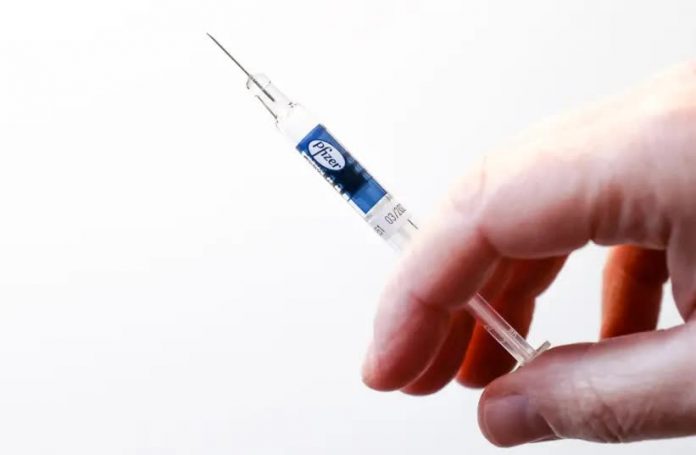 The European Commission’s coordinated rollout of a vaccination programme, presented by Health Commissioner Stella Kyriakides on 17 June 2020 and lauded in December as a “success story” by EU Commission President Ursula von der Leyen, is not going as smoothly as planned.

While EU member states are complaining about the slow and seemingly unfair distribution of vaccines orchestrated by the European Commission, according to Politico, Swedish health authorities have found themselves in a supply imbroglio receiving six doses per vial instead of five as was earlier agreed upon through the EU with the pharma giant.

According to Business Insider, it eventually turned out that on 8 January the European Medicines Agency (EMA) gave Pfizer permission to relabel the number of doses in their vaccine from five to six, something that Stockholm apparently had no idea about.

“Fair distribution means EU member states will receive as many vaccines as necessary to cover the needs of their population in due time, without any additional cost, accessible to anyone. Unfortunately this is not the case”, says Dimitris Rapidis, strategic and political analyst, and founder of Bridging Europe, a policy-making organisation on EU Affairs.

The vaccine race started in spring 2020 with Paris and Berlin launching negotiations aimed at acquiring COVID jabs, Politico notes citing Elysée officials. While on 12 June, EU health officials inked a Commission plan to buy on their behalf, the very next day Germany, France, the Netherlands, and Italy who formed an “Inclusive Vaccine Alliance”, announced a strategy to buy between 300 million and 400 million doses from Oxford/AstraZeneca. The initiative was immediately slammed by Belgian health officials who said that it was “weakening” the Commission’s endeavour.

​To resolve the controversy, the EC presented a joint “European strategy to accelerate the development, manufacturing, and deployment of vaccines against COVID-19” on 17 June, authorising Brussels to directly buy vaccines, while the four-country alliance halted its initiative allowing the EC to take over its talks with COVID jab producers.

“I think that’s why the EU members decided to order through the Commission and make sure that they had one order for all”, says Alexis Poulin, a leading EU policy analyst and editor of the magazine Le Monde Moderne. “Otherwise you would have had the Netherlands, Germany – northern European countries with more money, more power, would have bought more vaccines”.

On the other hand, the union’s order for coronavirus jabs came too late and there were not enough vaccines for all. So it was a choice made by binding the EU countries together, and it has simultaneously proven counterproductive in the long term, according to Poulin.

The UK outpaced the EU by providing approval for the Pfizer/BioNTech and AstraZeneca vaccines on 2 December and 30 December, respectively, while the EMA only authorised the Pfizer jab on 21 December and is expected to decide on AstraZeneca’s drug on 29 January. At the same time, although the EMA managed to greenlight a Moderna shot slightly ahead of Britain, that has not improved the situation as the firm will be able to supply just 10 million doses by the end of the first quarter of 2021.

As a result, EU member states are lagging behind the UK in terms of inoculated citizens. To date, the UK has immunised over 7.6 million people with a dose of one of the coronavirus vaccines approved for use by the medicines regulator, which is more than Germany, Italy, France, and Spain combined.

According to an Oxford Our World in Data chart released on 26 January, the UK leads in total vaccination doses relative to its population compared to European countries by a considerable margin. Britain has so far administered 10.4 doses per 100 people, while Malta and Iceland are second and third in the table with 4.5 shots per 100 people. For comparison’s sake, the EU engine, Germany ranks 13th having provided just 2.13 jabs per 100 people.

“The decision-making process is stiff in the EU and there are many bureaucratic and leadership hurdles to overcome”, says Dimitris Rapidis.

To complicate matters further, on 15 January 2021, Pfizer announced that it would slow down distribution of vaccines in Europe as it is scaling up its production capabilities in Belgium. Several days later, Reuters reported that AstraZeneca would slash deliveries of its coronavirus drug to the EU by 60% in the first quarter of the year due to production problems, prompting ire among European Commission officials and calls from EU member states to take the pharma giant to court.

​Still, the EU is not in a good position to bargain with vaccine producers, as it has focused on a few Western manufacturers, and “has not ordered Sputnik V, for example, from Russia, or other candidates”, Poulin suggests.

The only way to produce large amounts of vaccines and accelerate treatment research against COVID-19 is to urge EU leaders along with the European Commission and the European Parliament “to draft a legislative document and push for a mandatory release of vaccine patents”, according to Dimitris Rapidis.

The bloc needs to prepare a vast investment plan “to tackle the economic and social consequences of the pandemic and the effect of repeated lockdowns”, the strategic analyst believes.

He notes that so far every member state has implemented its own yet unsuccessful strategy to tackle the repercussions of the pandemic. As a result, the countries of the bloc are all facing the “rise of unemployment, massive shutdowns, a distorted labour market, and a deep, irreparable blow to the tourist sector”.

“The European Commission’s Recovery Fund cannot provide the proper response nor is it invested with the necessary financial and investment tools to bring about recovery in the EU economies”, the analyst summarises, emphasising the need for a new and more effective approach to tackle the pandemic.

Apparently, the vaccine distribution problem could have been solved more efficiently if the bloc had acted in concert with other nations, most notably the US, Russia, and China, under the auspices of the World Health Organisation (WHO), according to him.