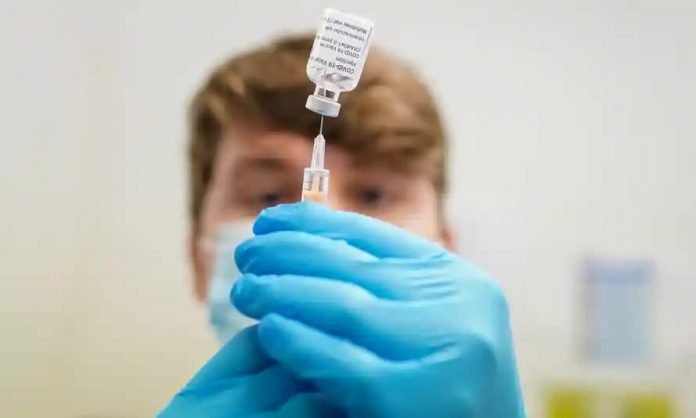 German authorities have advised that the Oxford/AstraZeneca jab should not be given to those aged 65 or above. We take a look at why, and what experts make of it.

Why has Germany advised the Oxford/AstraZeneca jab should only be used in adults under 65?

The issue boils down to a lack of data on efficacy of the vaccine in this age group. The standing committee on vaccination of the Robert Koch Institute, Germany’s disease control agency, said: “There is insufficient data to judge how effective the vaccination is above 65 years.”

Writing in their Lancet study released last year, researchers said there were not enough Covid cases among older adults at the time to explore just how well the vaccine protected them against the disease.

“Vaccine efficacy in older age groups could not be assessed but will be determined, if sufficient data is available, in a future analysis after more cases have accrued,” the team wrote.

AstraZeneca has stressed that older adults were recruited later because the team wanted to be sure the vaccine was safe before administering it to older age groups.

Does this mean the vaccine won’t work in older adults?

No. “It’s important to stress that this is not evidence that the vaccine does not work, merely that the evidence does not currently exist to satisfy the authorities in Germany,” said Dr Simon Clarke, associate professor in cellular microbiology at the University of Reading.

Others agreed, pointing out that experts often disagree about the level of evidence required for such a move.

There is encouraging data for older adults: Oxford pointed to similar immune responses in younger and older adults, with AstraZeneca noting 100% of older adults generated antibodies towards the spike protein of the coronavirus after the second dose.

The UK’s Medicines and Healthcare products Regulatory Agency itself has said there is nothing to suggest a lack of protection in over 65s while Oxford has said early figures were promising: “Preliminary efficacy data in older adults supports the importance of this vaccine for use in this population.”

Prof Danny Altmann, an immunologist at Imperial College London, said he was confused by the German stance.

“When I look at the AZ phase 3 data for the over-70 group, I see a good response, similar to the other age-groups,” he said.

How does this tie into other rows about the vaccine?

On Monday he German newspaper Handelsblatt claimed that an unnamed source had said the vaccine had as low as 8% efficacy in older adults – claims that were dismissed as completely incorrect by AstraZeneca, widely criticised by experts and rebutted by Germany’s health ministry.

Calculations in the German authorities’ draft recommendation have now emerged suggesting an efficacy in the older age group of 6.3%. But many experts have pointed out this figure is meaningless as it is based on just two infections, one among vaccinated participants in the trial and another among those receiving the placebo – something the German authorities acknowledged.

“Nothing can be concluded from the data it refers to,” said Prof Paul Morgan, of Cardiff University.

AstraZeneca has also pushed back. “Reports that the AstraZeneca/Oxford vaccine efficacy is low in adults over 65 years is not an accurate reflection of the totality of the data. The latest analyses support efficacy in this age group, which we expect to be published by the EMA (European Medicines Agency) in the coming days,” they said.

Some have suggested the EU’s battle with AstraZeneca over vaccine supplies might also have influenced the decision.

“[The decision] is in a context where supplies of the Pfizer/BioNTech vaccine, for which data in older people shows similar efficacy as in younger people, are relatively plentiful. In such a situation it is reasonable to prioritise younger people with one and older people with the other vaccine,” said Prof Stephen Evans, professor of pharmacoepidemiology at the London School of Hygiene & Tropical Medicine.

Should I be concerned if, as an older person, I have been given the Oxford/AstraZeneca jab?

Experts say the vaccine is both safe and valuable for older adults.

“We know that the AZ jab provides some protection, but because the trials recruited only a few hundred over-65s, the data is not clear enough to say for sure exactly how effective it is,” said Clarke.

Evans agreed. “There is no reason at all for anyone in the UK or elsewhere to think that this Oxford/AstraZeneca vaccine is ineffective at any age,” he said. “Its ability to be delivered to people in GP surgeries and care homes makes it a vital component in the attempts to reduce hospitalisation and deaths, especially in the elderly.”