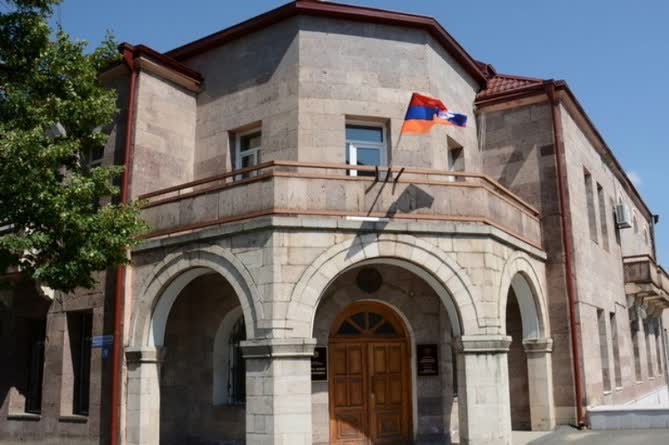 YEREVAN, February 1. /ARKA/.The intentions of the ultra-right nationalist Turkish Nationalist Movement Party and its affiliated extremist neo-fascist organization ‘Gray Wolves’ to implement certain projects in the occupied territories of the Republic of Artsakh, in particular, in the town of Shushi, are of great concern, Artsakh (Nagorno-Karabakh) Foreign Ministry said in a statement today.

It said the presence of any kind of foreign forces in the occupied territories of Artsakh, promoting the ideology of pan-Turkism and neo-fascism and resorting to terror as the main means of achieving their goals, poses a great threat not only to the Republic of Artsakh, but also to regional and global security.

‘The fact that these forces are supported by the top leaderships of Turkey and Azerbaijan for the implementation of their projects in occupied Shushi testifies to the plans of Ankara and Baku to create hotbeds of tensions in the region and the neighboring countries, as well as to undermine the efforts of the international community for the peaceful, comprehensive, and just settlement of the Azerbaijan-Karabakh conflict.

The dispatch of ultra-right neo-fascist forces to the occupied territories of the Republic of Artsakh, as well as the use of international terrorists during the period of armed aggression against Artsakh, are links in the same chain in Turkey’s expansionist policy towards not only Artsakh and the South Caucasus, but also to the neighboring regions.

This policy of Turkey and Azerbaijan deserves the most severe condemnation and requires the international community, interested organizations and structures to take appropriate immediate actions aimed at preventing and suppressing such destructive initiatives.’