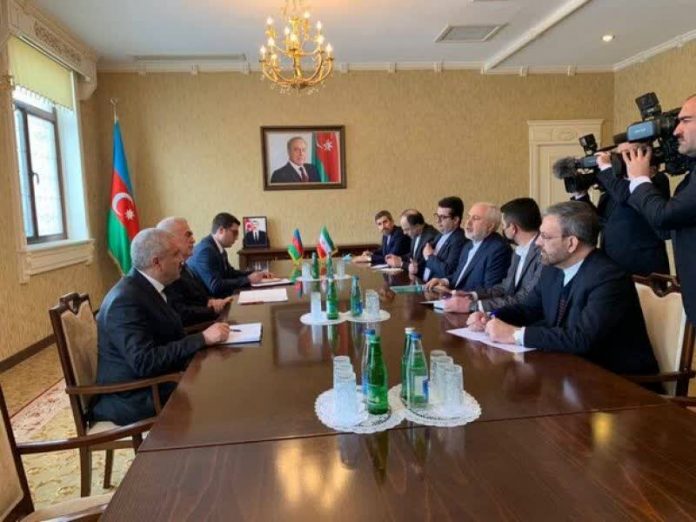 https://www.turan.az-Baku/31.01.21/Turan: It is possible that during the Saturday visit of Iranian Foreign Minister Mohammad Javad Zarif to Nakhchivan, the issue of opening the Iran-Nakhchivan-Armenia railway connection was discussed, without waiting for the restoration of the railway from Azerbaijan to Armenia through the Meghri corridor.

According to the Iranian media, in Nakhchivan, where Zarif arrived after completing a five-day tour Baku-Moscow-Yerevan-Tbilisi-Istanbul, he discussed with the Nakhchivan authorities the issue of unblocking transport links in the region after the recent war in the Karabakh conflict zone. However, nothing was reported about the essence of the discussions.

However, Zarif’s sudden visit to Nakhchivan may indicate that during his five-day tour, all countries of the region agreed to unblock the railway through Nakhchivan, without waiting for the resumption of the Meghri section.

In an interview with Radio Liberty in Yerevan, Zarif said on January 27 that official Tehran sees a real prospect of connecting the railways of Armenia and Iran through Nakhchivan.

“Of course, this comes from the needs of Iran, Armenia and the entire region. We work with Armenia, Azerbaijan and Russia. The railway connection through Nakhchivan is one of the possibilities – it is an old railway that connects the north and the south,” Zarif said.

According to the Iranian Mehr news agency, during the reception of the Iranian Foreign Minister, the Chairman of the Supreme Council of the NAR, Vaif Talibov, stressed that Nakhchivan is ready to cooperate in the field of railway, road transport and customs for the transit of goods and improve cooperation in the region.

It should be noted that the 42-kilometer Meghri railway corridor may resume work in a year or two, after restoration work. Thus, it will connect the railways of Azerbaijan, Armenia and Iran. Restoration work has already begun on the territory of Azerbaijan bordering with Armenia.

Until the restoration of the railway communication through Meghri, road transport communication can be resumed here to connect mainland Azerbaijan with Nakhchivan.