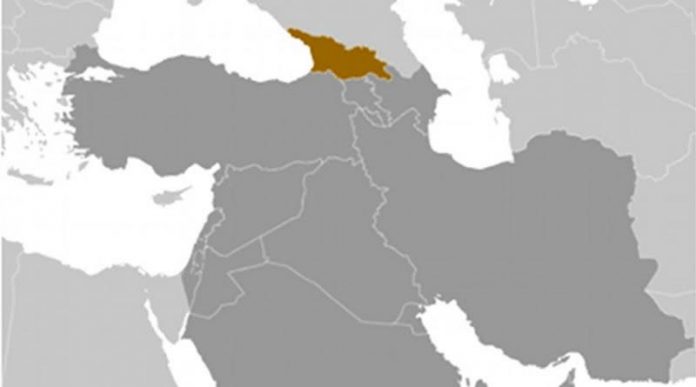 The case of Mongols is especially revealing as the mighty Asian power, intent on destroying any obstacle to its power throughout most of Eurasia, granted Georgia various freedoms

Georgia, the commercial bridge to Asia, has always been seen as such by its neighbors throughout history. Georgia made her European choice in Classical Antiquity as Colchians (Western Georgians) invited the Greeks to colonize their country, and Iberian (Eastern Georgian) kings became Roman citizens. Asian neighboring confederations had different opinion about Georgia’s political affiliation.

Whenever possible, they extended their military power over the country. But in many cases foreign powers granted Georgia special rights whether in internal matters or foreign policy affairs. The case of Mongols is especially revealing as the mighty Asian power, intent on destroying any obstacle to its power throughout most of Eurasia, granted Georgia various freedoms. One of them was in the issuing of coins or rather keeping parts of the traditional Georgian patterns.

In 1281/82 the striking of very peculiar dirhems began, which in the scholarly literature are known as the Georgian-Hulaguid (Mongol ruling dynasty in Iran) coins. They were the first coins with the names of the Il-khans (Mongol rulers of Iran), but with the Christian prayer and the depiction of cross. It should be emphasized that Georgia was the only Hulaguid vassal-state where the Christian prayer was placed on the coins. This, in itself, was a big concession from the Il-khans which directly attests to the importance of Georgia. The issue of the Georgian-Hulaguid coins took place in 1281/82-1294/95.

As a rule, there was no place of issue indicated on the Georgian-Hulaguid coins, but there is one dirhem with the following legend: struck at Tbilisi.

Reverse: Christian prayer in Arabic in four lines in square within the circle – In the name of the Father, and the Son and the Holy Spirit, One God. Also, Christian emblem – cross. The date is placed in the segments between the square and the circle.

It is noteworthy that on the dirhems struck in the name of Ahmad the cross is replaced with a star. This can be explained in the following manner: Ahmad was the first Hulaguid who converted to Islam and was intent on removing the Christian symbol – cross – from the coins. After this the names of the Il-khans are repeated in Arabic after the Uighur legend. The cross is again depicted on the Georgian-Hulaguid coins struck in the name of Ahmad’s successors.

Simultaneously with the silver coins, similar copper coins were struck. The dates on these coins are almost always distorted, or erased, and their chronology is established only through the names of the Il-khans.

The growing virus of inequality under Covid will fuel popular rebellions across the world – and, sadly, an authoritarian backlash

How France and the US Cooperate

COVID-19: Head of WHO Calls for Patent Waivers to Halt Pandemic