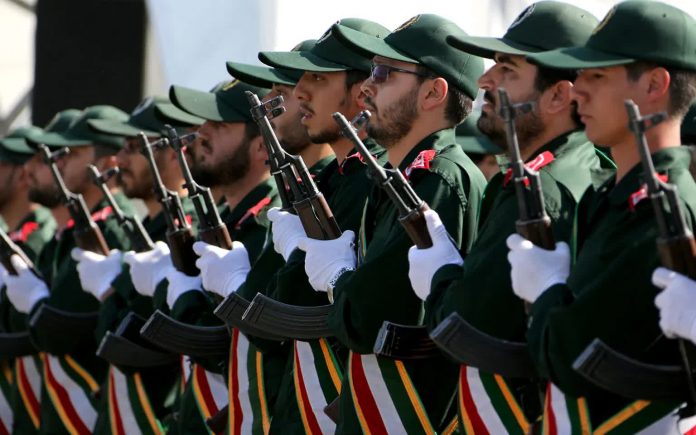 A steadily decliningpulation could push Iran toward a regional confrontation

Persians have good reason to worry. In the Persian home provinces, total fertility rates last year fell to close to 1 (only one child per female). The Islamic Revolutionary Guards Corps. Photo: AFP

It is running out of people slowly, but it is running out of Persians at an alarming rate: The fertility rate in ethnically Persian provinces including Tehran is barely above 1 child per female, a formula for demographic implosion within a single generation. I have warned since 2006 in this publication (and in a 2011 book) that Iran’s declinist mood makes it dangerous, but Iran now has to make an existential choice.

Iran will gauge carefully the likely response to its decision from Washington, Jerusalem as well as Beijing, weighing the costs and benefits of a war whose outcome almost certainly would be disastrous for the countries of the Persian Gulf.

How damaging such a war would be to Israel depends on a set of unknowns, including the effectiveness of Israel’s three-tier layered missile defense system, the number and accuracy of Iran’s medium-range missiles, and the willingness of Hezbollah to deploy its 130,000 missiles in southern Lebanon under the threat of an annihilating Israeli retaliation.

The Persians are in the kind of panic about their future that impelled France and Germany toward war respectively in 1914 and 1939. I do not agree with much of Harvard Professor Graham Allison’s “Thucydides Trap” thesis, which views the 5th-century B.C.E. Spartan-Athenian war as a template for the response of a declining established power to a challenger, but there is an unsettling parallel between ancient Sparta and modern Iran.

Sparta already had entered irreversible demographic decline when it warred with Athens, and Iran’s leaders are so possessed by fear of population shrinkage that they arrest academic demographers for publishing the wrong data.

A use-it-or-lose-it mood may push Iran towards an early attempted breakout as a nuclear power. On January 2 this year, Iran announced that it would enrich uranium up to 20% at its underground Fordo nuclear plant “as soon as possible.” The Biden Administration’s determination to revive the Iran nuclear deal that Trump eschewed may persuade Tehran that the costs of a nuclear breakout would be manageable. Meanwhile prominent Israeli analysts warn that this would mean war.

“In a situation where the United States returns to the old nuclear agreement with Iran, Israel will have no choice but to act militarily against Iran to prevent it from manufacturing a nuclear weapon,” former national security advisor Yaakov Amidror warned on January 23.

Efraim Inbar, who heads the Jerusalem Institute for Strategic Studies, wrote on January 6, 2021, that “escalation in the use of force to reverse Iranian ascendance in Middle East politics, to prevent its nuclearization, and to prevent the encirclement of Israel by Iranian proxies, is probable.” I have no inside knowledge of Israeli intentions or capabilities, but Israelis in positions of influence say the same things in private as they do in public.

There is nothing more dangerous than the presentiment of national decline. In Iran, this has taken on absurd proportions. In 2019, reported the Los Angeles Times, “Meimanat Hosseini-Chavoshi, who is a citizen of both Iran and Australia, was arrested in November while she tried to leave and is accused of being a spy, according to Kayhan, Iran’s conservative newspaper.

Her colleague, Mohammad Jalal Abbasi-Shavazi, a demographics professor at Tehran University and director of Iran’s National Institute of Population Research, was detained shortly after by Iran’s Islamic Revolutionary Guard… Authorities allege that the two demographers falsified statistics about the fertility rate in Iran to mask the country’s ‘population crisis,’ Iranian state media have reported. The government contends there is a coming population shortage and has been pushing to increase the fertility rate.”

It may seem as absurd to arrest demographers when population is declining as it is to arrest the weatherman when it rains. But the Persians have good reason to worry. In the Persian home provinces, total fertility rates last year fell to close to 1 (only one child per female), a disastrously low reading. The country’s overall TFR stands at 1.7 but there are enormous regional differences.

Tehran with its 14 million people has a fertility rate of just 1.3 while Baluchistan, the unruly territory on the Pakistani border, stands at 3.4. Shown below is the distribution of total fertility rates by province.

Other studies confirm that the “strong and significant effect of women’s level of education  was  recognized  as  the  most  important  factor and the main accelerator of fertility reduction,” according to a study of “Factors Affecting Fertility Rate in Iran 1966-2013.” I reviewed earlier data in my 2011 book, and more recent studies confirm this conclusion.

What worries Iran’s leaders is not only that the demographic balance is shifting away from productive young people toward elderly retirees, but that the urbanized, educated parts of the Iranian population are having even fewer children. The chart below (showing the United Nations projection for the Iranian population in the low variant) is frightening enough, but from the standpoint of Iran’s leadership, the reality is worse.

Wars have been fought before over demographics. A good case can be made that Sparta’s demographic decline hardened its resolve against Athens during the Peloponnesian War. France was eager for an early war in 1914 because Germany’s higher population growth rate meant that France would have no hope of defeating Germany a generation hence. After Europe’s population explosion in the 19th century, the Great Demographic Transition began in France, where fertility fell sharply relative to the rest of Europe.

As Gregory Macris observed, “France, once the most populous nation in Western Europe, saw its population growth inexplicably slow in the early 1800s. Awareness of population decline in the halls of government and in the popular press led to strategic heartburn. The leadership class fretted over potential threats from the faster-growing Germans and pondered ‘the end of France as a nation.’”

We know from Christopher Clarke’s superb book The Sleepwalkers that France and Russia, not Germany and Austria, provoked the first World War. Germany’s total fertility rate then declined below replacement during the 1920s, stoking the national mood of pessimism that brought Hitler to power.

Persia never has been a nation-state and always an empire. Present-day Iran, where ethnic Persians comprise just half the population, is a pocket empire trying to break out into a “Shi’ite Crescent” that will make inroads into Saudi Arabia’s Shia-majority Eastern Province and oil-rich Azerbaijan.

That is why Turkey goaded the Azeris into last year’s attack on the Armenian enclave of Nagorno-Karabakh; by arming the Azeris with sophisticated drones and other advanced weaponry, it also reinforced the Turkic-speaking country against possible depredation by Iran. Turkey has reinforced Sunni militias in Syria which act as a counterweight to Iran’s Revolutionary Guard and assorted mercenary militias. The growth of Turkish and Russian power in the region set limits on Iran’s expansion.

The sensible thing to do, of course, is for Iran to resign itself to the mediocrity of its circumstances and accept its national decline. But the sensible thing for Europe to do in 1914 was not to have a war. “The love of the nations for their own ethnicity is sweet and pregnant with the presentiment of death,” wrote Franz Rosenzweig in 1919, and this presentiment hangs heavily on the thoughts of Iran’s leaders.

Americans have never understood the anguish of the nations of the Old World, who understand that the historical norm isn’t evolution towards liberal democracy; the norm, statistically speaking, is national extinction. The George W Bush Administration thought that promoting democracy would transform the Middle East into something resembling Middle America, and the Obama Administration thought that inviting the Iranians into the “regional security architecture” would make them responsible stakeholders.

America, for that matter, can afford to tinker with the Middle East. Self-sufficient in oil, it will click its tongue and deplore the outcome if war erupts in the region. The biggest losers would be the oil-importing nations of Asia, including China, India, Japan, South Korea and Taiwan.

China has considerable influence in Tehran, as the country’s largest trading partner and main purveyor of manufactured goods. Beijing has been characteristically quiet about a region in which it ceded right of way to the hegemonic United States. But it cannot be unaware that the one geopolitical event that could set back the Asian Century would be a war that cuts off energy exports from the Persian Gulf.