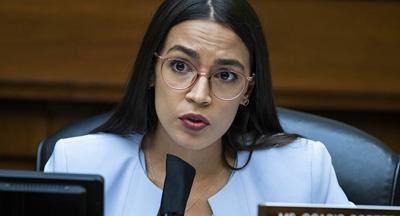 Democratic Rep. for New York’s 14th district Alexandria Ocasio-Cortez was among those congresspeople stuck inside the Capitol building during the 6 January storming by a violent mob self-identifying as Trump supporters. The politician says the experience was so traumatic, she thought she was “going to die”.

The youngest-ever woman to serve in the US Congress, Alexandria Ocasio-Cortez, has described herself as a “survivor of sexual assault” and called on those responsible for the Capitol riot to be held accountable. The moment came during her Instagram Live broadcast on Monday.

AOC, how the congresswoman is known among supporters, had some especially strong words for Texas Republican Ted Cruz and Rep. Chip Roy who she accused of resorting to “tactics of abusers” by trying to leave the scary episode behind.

“The reason I’m getting emotional in this moment is because these folks who tell us to move on, that it’s not a big deal, that we should forget what’s happened, or even telling us to apologise — these are the same tactics of abusers”, the New York representative said.

​”And I’m a survivor of sexual assault and I haven’t told many people that in my life, but when we go through trauma, trauma compounds on each other”, she unveiled, without providing much detail about the tragic experience in question.

According to Ocasio-Cortez, no matter the trauma “these episodes can compound on one another”.

.@AOC is on live talking about the trauma of the capitol insurrection and relates it to her trauma of being a sexual assault survivor pic.twitter.com/et0SafP3ej

The 31-year-old official then reflected on her take of the events of 6 January, when protesters besieged the Capitol building, seemingly unhindered, while lawmakers were about to certify President Joe Biden’s election win. According to AOC, she was hiding inside her office bathroom when she heard a man searching for her.

“This is the moment where I thought everything was over”, she recalled during the broadcast. “It felt like my brain was able to have so many thoughts in that moment between these screams and these yells. I go down and … I thought I was going to die”.

The “man”, who turned out to be a Capitol police officer, although he did not identify himself, was looking at her with “a tremendous amount of anger and hostility”, the official said. After that, AOC ran to another building to hide in Rep. Katie Porter’s office for five hours.

“The folks who are saying, ‘We should move on’, ‘We shouldn’t have accountability’, et cetera, are saying: ‘Can you just forget about this so we can, you know, do it again?'”, the congresswoman fumed, describing the day in question as a “zombie movie”.

Last week, Alexandria Ocasio-Cortez slammed Texas Senator Cruz, who endorsed her policy proposal concerning the GameStop frenzy, as a person who “almost had me murdered three weeks ago”.

I am happy to work with Republicans on this issue where there’s common ground, but you almost had me murdered 3 weeks ago so you can sit this one out.

Happy to work w/ almost any other GOP that aren’t trying to get me killed.

In the meantime if you want to help, you can resign. https://t.co/4mVREbaqqm

AOC said that while she was happy to work with “Republicans on this issue where there’s common ground”, she continued to blame Cruz, who previously called to oppose Biden’s certification as president-elect, for the Capitol storming and the deaths that resulted.

Ocasio-Cortez maintained that Cruz should resign from his post.

Meanwhile, Texas Congressman Chip Roy has called on the New York representative to apologise for her words about Cruz, but according to AOC’s Instagram feed, she’s not willing to.