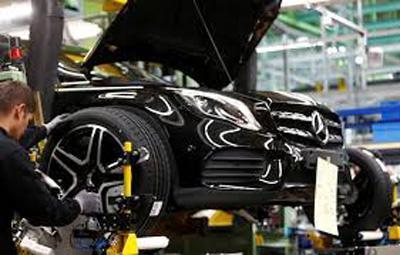 BRUSSELS (Reuters) – The euro zone economy contracted less than expected in the fourth quarter of 2020 amid pandemic-induced lockdowns, initial EU estimates showed on Tuesday, but it is heading for another, probably steeper decline in the first quarter of this year.

The European Union’s statistics office Eurostat said that according to its preliminary flash estimate, gross domestic product in the 19 countries sharing the euro fell by 0.7% quarter-on-quarter, for a 5.1% year-on-year decline.

Economists polled by Reuters had expected a 1.0% quarterly fall and a 5.4% annual contraction after a sharp rebound in the July-September period when the euro zone eased restrictions on travel and leisure after a first wave of COVID-19 cases.

“In the first quarter of 2021, the decline is likely to be somewhat steeper. However, there will not be a slump like the one in the first half of 2020. Instead, a noticeable recovery is likely to set in again from the spring,” said Christoph Weil, economist at Commerzbank.

Eurostat preliminary data showed the second and third largest euro zone economies, France and Italy, pulled down the overall result with quarterly GDP declines of 1.3% and 2.0% respectively. Meanwhile Germany inched up 0.1% from the third quarter and Spain grew 0.4%.

Economists said the fourth quarter slump was milder than in the first half of the year because restrictive measures have been adapted and were less severe than earlier.

“Think of countries like France and Spain, for example, where industry and construction have remained largely open over the course of the quarter. This has had a very positive effect on GDP, especially because demand for goods and construction has remained strong despite lockdowns in place,” said Bert Colijn, economist at ING.

“Mobility, the movement of people which was largely correlated to GDP growth in the first wave, was also stronger in the fourth quarter than during the first wave, which also supported economic activity,” he said. “What also helps is that the rest of the world is still open.”

Eurostat said that, according to its first estimation of annual growth for 2020, based on seasonally and calendar adjusted quarterly data, GDP fell by 6.8% in the euro area and 6.4% in the 27-nation European Union.

Eurostat said this was the deepest annual contraction since the series started in 1995. Even in 2009, following 2008 crisis, the contraction was only a 4.3% decline, Eurostat said.