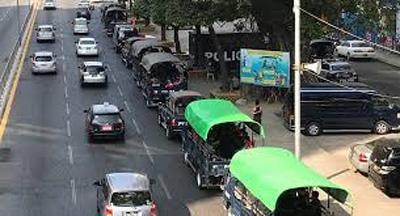 State Counsellor Aung Suu Kyi and other top politicians were detained in the early hours of Monday, with Myanmar’s military declaring a one-year state of emergency after weeks of escalating tensions over allegations of vote-rigging in the November election.

In a Facebook statement, the executive committee of the National League for Democracy (NLD) in Myanmar has called for the release of Aung San Suu Kyi, ousted President Win Myint, and others “as soon as possible”.

Dozens of foreign countries have issued statements condemning the coup and calling on the military to release all detained government officials and lawmakers.

Suu Kyi’s National League for Democracy emerged victorious in Myanmar’s 8 November election, the second since the end of military rule in the country in 2011. Myanmar’s military has accused the government of conducting the recent election fraudulently and vowed last week to “take action”.