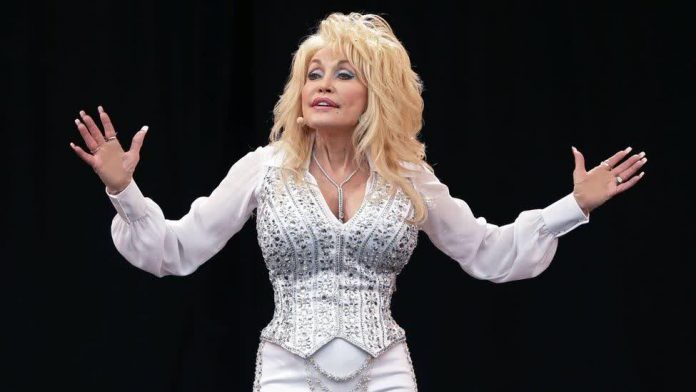 Dolly Parton has revealed she turned down the Presidential Medal of Freedom from the Trump administration twice.

The country singer said she did not accept the awards because her husband was ill and then she would not travel due to the pandemic.

Parton is unsure if she would accept one from President Joe Biden as it could be seen as a political move.

The Presidential Medal of Freedom is the highest civilian award in the US and has numerous categories.

Speaking to NBC’s Today programme, Parton said: “I got offered the freedom award from the Trump administration. I couldn’t accept it because my husband was ill. Then they asked me again about it and I wouldn’t travel because of Covid”.

She said she had already heard from the Biden administration: “Now I feel like if I take it, it’ll be doing politics, so I’m not so sure.”

The singer added that she does not feel like she deserves the award. “But it’s a nice compliment for people to think I might deserve it,” she added.

Aside from her musical works, Parton has a history of philanthropy that stretches back several decades. She has supported child literacy initiatives through her Dollywood Foundation and has also given to and raised money for wildlife and HIV/Aids charities.

She donated $1m (£732,665) last year to research into Covid vaccines at Vanderbilt University Medical Center in Nashville. It was one of the trial sites for the Moderna vaccine, which has since been approved for use in a number of countries including the UK and the US.

Last year, former President Barack Obama was asked by Stephen Colbert why the country singer did not have the award already.

“I think I assumed that she’d already got one and that was incorrect. I’m surprised, she deserves one,” Mr Obama said, adding that he would call Mr Biden about the issue.

In 2019, ahead of the opening of a stage version of her film 9 to 5 in London, Dolly Parton told the BBC she was encouraged by the improvements in gender equality since the film was first released in cinemas in 1980.