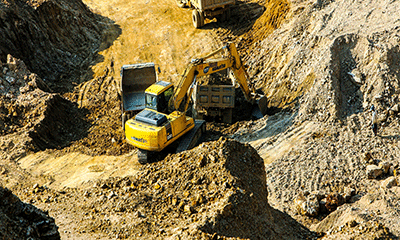 The US is embarking on an effort to promote domestic production of rare earths in a bid to break China’s grip on previous rare-earth supplies, but it is doubtful whether its effort will really make a difference.

The US Department of Defense has offered a $30.4 million funding to Australian rare-earth producer Lynas to build a Texas facility for processing light rare earths, Reuters reported on Tuesday.

While the rare earths have wide applications in the production of electronic components, consumer goods and high-tech weaponry, it is still extraordinary for the Pentagon to award direct funding to pivot to the development of the US rare-earth sector. The development itself is to highlight the strategic importance of the materials’ supply chain to the US economy and the military too.

Given China’s predominance in the global rare-earth industry, the US’ latest effort leaning towards the crucial minerals could lead to wild speculation about an incoming “rare-earth excavation contest.”

Yet, from an economic perspective, an objective analysis of the so-called rare-earth supply chain risks would tell that the market doesn’t necessarily need to over-interpret the rivalry. Since it is extremely challenging, if not impossible, for the US to build indigenous production capacity for rare-earth processing, an outright contest involving the minerals between China and the US looks unlikely.

Even though there is a huge demand for rare earths in the US, it is crystal clear that projects like the one under Lynas are simply uncompetitive and unsustainable in the marketplace. This also explains why China has supplied approximately 80 percent of the rare earths imported by the US from 2015 to 2018.

Amid US-China tussle, the Pentagon’s funding to the local rare-earth production is not market driven, so the sustainability of the political support to the project may face uncertainty in the future. The US government is now under grave fiscal pressure, with funding gaps seen in all aspects of pandemic prevention and social stability missions. If the US-China political tensions ease, it is questionable whether the Pentagon will still be motivated to finance a local facility for processing raw rare earths.

US President Biden’s China policy remains murky, creating enormous uncertainty. Whatever the case, it won’t change the strange case of Lynas. Even if Lynas successfully builds up the processing capacity in the US, new questions will follow as to whether the downstream market could accept the high prices resulted from the environmental protection costs, and whether the government is ready to subsidize the local facility in the long run.

China’s advantage in the rare-earth sector is based not only on pricing or quantity, but also a set of efficient processing technologies and procedures. It is not easy for others to play catch-up.

China doesn’t want to initiate a “rare-earth excavation contest.” While some critics see the minerals as a deterrent, they are actually one node in the global tech value chain. And, it is up to the US attitude whether rare earths could represent an area for industrial cooperation or competitive rivalry.