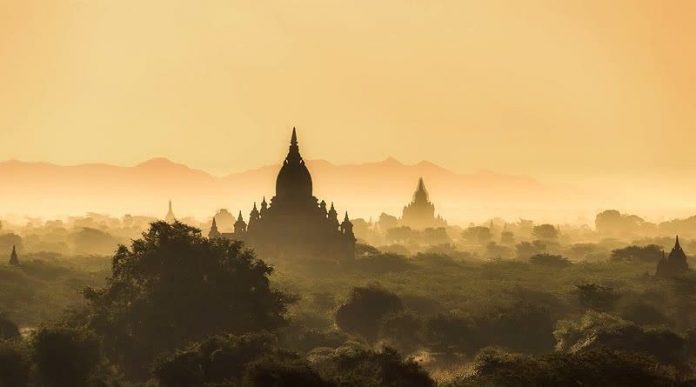 On 1 February, the world was shocked by a military coup in Myanmar and the arrest of State Councillor Aung San Suu Kyi, President Win Myint and other political leaders. It shouldn’t have been so surprised. Much of the military’s manoeuvres against her National League for Democracy government were predictable. It claims to be acting by the book — the 2008 Constitution, which it wrote.

This constitutional crisis is about the military’s use of emergency powers as a fig leaf for a coup. It comes in the wake of multiple attempts by the military to bend the Constitution to its will.

There were indications both before and after the November 2020 elections that the military was willing to fight the results of a National League for Democracy victory — in both constitutional and unconstitutional ways.

In late 2020, the military began raising concerns about voter lists. As the government pointed out, it should have raised these concerns prior to the election when voter lists were being verified.

Then, Myanmar’s Union Election Commission received over 280 complaints disputing the election results. But the military also demanded that the Commission hand over copies of voter lists and results so it could cross-check — a power it doesn’t have.

On 11 January 2021, the military called the government to convene a special session of the Pyidaungsu Hluttaw, the joint legislative body, under Section 82 of the Constitution. Its petition was supported by 160 military members, 36 Union Solidarity and Development Party members and several minority party members.

While the Constitution is open-ended as to what matters can be brought to the Pyidaungsu Hluttaw, the Speaker declined to convene a session. He argued that disputes concerning the elections should be handled by the Election Commission, not by Parliament.

The military rallied against the Election Commission in these ways because the power to initiate impeachment of its members lies with the president — another uncomfortable reminder for the military of power that lay out of its grasp.

The other looming constitutional issue was the future of Commander-in-Chief of the Myanmar Armed Forces, Min Aung Hlaing. He is 65 years old and according to law must retire from his post this year. Again, the appointment of the commander-in-chief is in the hands of the president in consultation with the National Defence and Security Council (NDSC).

For a civilian president to have the opportunity to initiate the selection process for the commander-in-chief is unprecedented in Myanmar. It was another reminder of the military’s waning power.

The military even drew the Supreme Court into its constitutional battles. Several petitioners sought the writ of quo warranto, a constitutional remedy that challenges a person’s right to take office. The cases appear misplaced as they were all brought against the wrong people — the Election Commissioners and the President. The cases should have been brought against a person who won office at the election, and whose right to take office they sought to challenge.

To further complicate matters, the Chief Justice of the Supreme Court is a former military officer. Despite these connections, the military chose not to wait for the outcome of a Supreme Court case, which could have taken weeks.

What are the constitutional issues raised by the events of 1 February?

The military claims it was acting lawfully under sections 417 and 418 of the Constitution. But there are many problems with using constitutional emergency powers as a fig leaf.

Even if the military had evidence of voter fraud, it is not self-evident that election fraud constitutes an emergency. The Constitution is clear that an emergency is an extraordinary situation that poses a grave threat to the country.

The President was the only person empowered to declare a state of emergency in coordination with the NDSC. The Vice-President, ex-general Myint Swe, became the acting President, although there is no evidence that the President willingly left office. The Constitution does not allow the military-backed vice-president to replace the president at whim. Clear reasons are required such as incapacity or death.,

A meeting of the NDSC was also improbable. The Constitution mandates that its members include civilian office holders like the president, minister of foreign affairs and speakers of the two houses of parliament. It appears that the military has reconstituted the Council with only its military members left, using unconstitutional means to declare a constitutional emergency.

This renders any attempt by the Commander-in-Chief to exercise power implausible, though it hasn’t stopped him. Already the military has appointed a new president and announced the posts of a range of key offices, from the courts to the anti-corruption commission. The effect of these public statements is mostly smoke and mirrors — appointing a National Human Rights Commission and a Peace Talks Commission in the wake of the coup is not reassuring to anyone.

*About the author: Melissa Crouch is Professor and Associate Dean Research at the University of New South Wales (UNSW) Faculty of Law and Justice, and author of the book, The Constitution of Myanmar (2019).