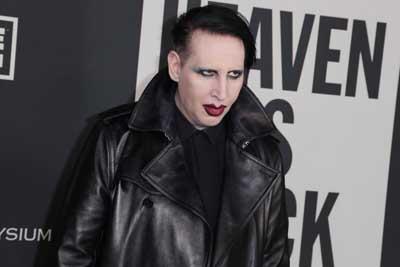 Police officers have arrived at Marilyn Manson’s home in Hollywood Hills, California after the singer’s friend said he couldn’t get in touch with him for hours, TMZ reported. Four police officers arrived at the scene and attempted to make contact with the singer, but no one answered. A witness told The Sun that more police officers and a helicopter later turned up at the site.

A police spokesperson told the Daily Mail that officers found no evidence of any issues.

“We did make contact with someone and were able to find that there was no evidence of any trouble”, said the LAPD spokesperson without elaborating whether it was Manson or his agent. TMZ later reported that the singer’s representative had called officers and assured them that the musician was fine and simply didn’t want to speak with anyone.

The development comes as more and more women accuse the singer of physical and sexual abuse. The accusations started after Manson’s former girlfriend, actress Evan Rachel Wood (“Westworld”, “Across the Universe”, “The Wrestler”) claimed the singer abused her when the two dated between 2007 and 2010.

“The name of my abuser is Brian Warner, also known to the world as Marilyn Manson. He started grooming me when I was a teenager and horrifically abused me for years. I was brainwashed and manipulated into submission. I am done living in fear of retaliation, slander, or blackmail. I am here to expose this dangerous man and call out the many industries that have enabled him, before he ruins any more lives. I stand with the many victims who will no longer be silent”, the actress wrote in a post on Instagram.

In recent years, the actress has spoken about being the victim of rape and domestic abuse, but refused to name the person. In 2019, she spearhead the Phoenix Act, a piece of legislation that extends the statute of limitations for domestic violence crimes. Back then, the actress said her anonymous abuser “broke her down through means of starvation, sleep deprivation, and threats against” her life.

​Since then at least 10 women have come forward with accusations of sexual and physical abuse against Manson.

Ashley Water, who worked as the singer’s assistant said he “frequently became violent” and would throw things at her. Ex-girlfriend Gabriella, known as artist SourGirrrl, said Manson tied her up and raped her.

His ex-wife, actress Dita Von Teese, however, said her experience did not match those of the singer’s former significant others. Not rejecting the accusations, Von Teese said she was never abused during her relationship with the singer.

Actress Rose McGowan, who also dated Manson, said she wasn’t abused by the performer, but said she believes the women who made the allegations against him.

“When he was with me, he was not like that, but that has no bearing on whether he was like that with others before or after”, she says in a video posted online. “It takes time to come forward. And again, I am proud. Proud of these women and anybody who stands against an abuser”, the actress said.

Former adult film actress Jena Jameson is the latest woman to come forward with accusations. She said the musician fantasized about “burning” her alive and complained that Manson left bruises after he bit her during sex.

The singer has denied the accusations noting that all his relationships were consensual.

Following the accusations his record label, Loma Vista Records, dropped the singer and he was edited out of two TV shows – “American Gods” and “Creepshow”. 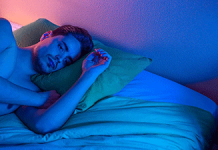 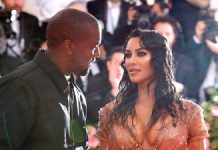