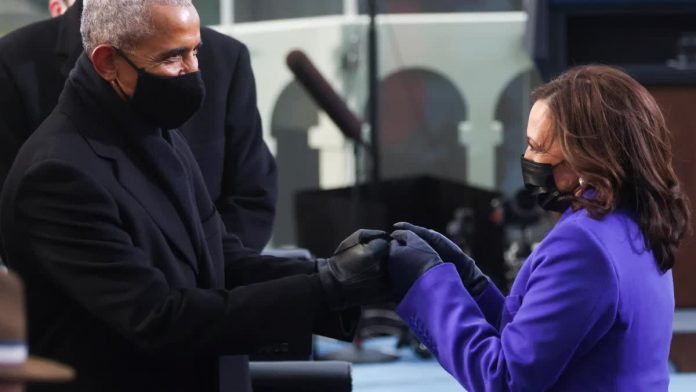 Before the first month of the second Obama term, it was clear.

The people who run some of the nation’s largest and most influential civil rights, health and community development organizations were frustrated. In a cavernous set of ornate hotel meeting rooms resembling a corporate take on Versailles, the National Urban League had assembled a sort-of congress of Black activists and civic leaders, and their mood was grim. Seated less than a mile from the White House, men and women who had in many cases spent decades trying to arrest American poverty and its effects, or press the nation to make good on its promises of equality, listened as economist Bernard Anderson laid out the epic state of Black America’s financial pain.

The Great Recession had ravaged millions of Americans, but parts of Black America had been all but vaporized. In Milwaukee and Detroit, in Houston and New York City, in Los Angeles and New Orleans, in Chicago and Boston, in Birmingham, Ala. and almost every major city, on the heels of the 2007-09 recession less than 60 percent of Black men and teenagers aged 16 to 64 had been employed; for those in their prime working years between the ages of 25-54, less than 70 percent had full employment, according to a report from the Center for Economic Development at the University of Wisconsin-Milwaukee. In December 2012, when this Black Leadership Summit took place, overall unemployment remained at a worrying 7.9 percent, but for Black Americans, it was nearly 14 percent.

“You remember that? Whew,” says Marc Morial, president and CEO of the National Urban League and the convener of that gathering. I do remember; I was one of the few reporters in the room and recall Morial at times shaking his head at the staggering data that was part of Anderson’s testimony and that underscored how little had changed for Black Americans under Barack Obama. Today, Morial and many of the men and women who were at the summit have a message for President Joe Biden and Vice President Kamala Harris: Symbolism is not substance, and the new administration must not repeat the errors of the last one that arrived with the fanfare and warm feelings befitting those who break barriers.

Because Biden and Harris have entered the White House at a time of multiple crises, all of them landing harder and exacting a greater toll on Black Americans than white Americans, the message carries a special urgency. They must focus on the cancer of racial inequality and the myriad and sometimes deadly ways that it expresses itself in American life, from police shootings to the disproportionately high number of Black and brown lives lost to COVID-19, these leaders say. At the very least, the Administration should use the power of policy-making, executive orders, federal agencies and the long reach of its annual spending plan to demonstrate to the Black voters so critical to putting them in the White House that they matter.

Wizened by the Obama years, Black politicos will not be mollified by the psychic boost of seeing people of color in power and senseless barriers breached again and again and again if that type of representation is not married with the other: sharper targeting of the problems facing Black men, women and children.

“We have got to be explicit about race,” Morial says.

That’s especially true when it comes to Black women, the most reliable and active of all Black voters and one of the population groups hit hardest by the pandemic’s economic crash. No longer will a mere thank-you suffice as a thing of real value in a representative democracy.

“Black women can’t continue to put more into the democracy than we get back,” says Glynda Carr, president, CEO and co-founder of Higher Heights for America, a PAC working to elect more progressive Black women to public office. “Black women are increasingly stepping into our political power, and we are certainly demanding our return on our voting investments.”

So perhaps it’s fitting that one of the first overt and specific warnings to the new administration—that January 2021 is not January 2009 or January 2013—came from Rep. Ayanna Pressley, a Massachusetts Democrat who is a member of the Black Congressional Caucus. “You want to thank Black women? ” Pressley tweeted on Jan. 19. “Cancel student debt — all of it. Black women carry more student debt than any other group in America. Save your words of appreciation. Policy is our love language.”

Harris, Carr says, is particularly well-positioned to deliver results. “Her multiple identities I believe will be her super power in this moment,” Carr says. “Maya Angelou once wrote, ‘I came as one but I stand as 10,000,’ and I certainly believe that in this moment she has an opportunity to ensure that there’s a racial lens and a gender lens as they seek to move their policies.”

Biden has moved quickly to push through a series of executive orders—more than 40 in his first 10 days in office—aimed at countering Donald J. Trump’s policies on everything from the environment to transgender rights. Just as quickly came grumbling, including from the white political left. Things are moving too fast. Biden is doing too much. There have been too many executive orders and not enough opting for the often long and winding road through Congress, where the politics and notions of which constituents matter might influence the outcome.

“Sometimes, the problem is the progressive movement is very white, it can be very elitist and they can be very ‘not wanting to talk about race.'”

Morial doesn’t find that surprising. “Sometimes, the problem is the progressive movement is very white, it can be very elitist and they can be very ‘not wanting to talk about race,’” he says.

Each year, the National Urban League releases a statistical portrait of Black America’s well-being in its report, The State of Black America. The report for 2020, with the pandemic-themed subtitle ”Unmasked,” details the ways in which Black American progress in the economy, health care, employment and other areas lags behind that of whites.

The disparities captured in the report are well-known to most Black Americans. Before, during and after Obama and Donald Trump, Black, Latino and Native Americans disproportionately attended subpar schools, represented disproportionate shares of the incarcerated and, in some cases, the poor. The same groups, on average, endure lower pay, navigate life with significantly less household wealth and have smaller savings and fewer assets after debt.

Back inside that Washington, D.C. hotel meeting, as Anderson presented his assessment of Black American life, worry and frustration began to spill across the white table linens like spilled coffee. This was, after all, four years after Obama had taken office.

“It is fair to say there was disappointment at the failure to move the ball aggressively on a range of issues,” Morial says about the feelings of those at the gathering. He and many others were disappointed with Obama’s failure in his first term to more assertively address the challenges facing Black America.

“It would not bother me if he never made another speech before the Urban League or the NAACP,” Anderson told me later, referring to the President. “What he needs to do is use his office, the bully pulpit and actual policy to address the persistence of racial inequality in economic life. If he does that, then I think his presidency will be redeemed.”

But from the start of his presidency, Obama had resisted being cast as the President for Black America. As the nation’s first Black President, subject to stereotype-infused critiques and comparisons to primates, Obama was already the object of wild conspiracy theories when he took office during the Great Recession. His approach to recovery from it would be to try to boost the overall economic tide and lift all boats. He balked at calls for policies targeting or more assertively addressing the challenges facing Black America.

“I cannot pass laws that say ‘I’m just helping Black folks,’” Obama memorably said one year into his first term when asked about grumbling that his administration was not paying particular attention to Black voters. “I’m the President of the entire United States.”

The Obama coalition had been described as a uniquely multi-racial electorate rare in the post-civil rights era. In reality, though, Obama won the White House, like every Democrat in the preceding two decades, with about 40 percent of white voters and overwhelming majorities of Black and Latino voters. What made the Obama coalition different was that voters of color, particularly Black voters, turned out in record numbers, surpassing the participation rate of any other group.

Despite those numbers, even in his final term Obama had an inclination to govern from and for the center, to aim for bipartisan agreement and the notion of unity. Not long into the Obama years, it became clear that the presence of a Black man and a Black family in the White House would not produce more intense democratic representation for Black Americans. It did not even produce a uniquely diverse cabinet, Morial notes.

Today, the civil rights community is perhaps less prepared to accept the idea that Black voters, who delivered Democrats control of the White House and Congress, would or should prioritize the political futures of those they put in office over their own needs. Their discontent will not be contained to meeting rooms and the public comments of those prepared to be viewed as ornery. The problems are too big.

“Literally our lives and shelter are at stake,” says Carr, who expects both Biden and Harris to leverage relationships each has built over their years in politics to get difficult things done—things that may have been deemed impossible in the past. There will be scrutiny of where and how they work for votes, what gets funded, and what policies are pushed through.

And despite the gravity of The Great Recession of the Obama years, the situation of the country is somehow more dire now to those whose work flows from racial inequality.