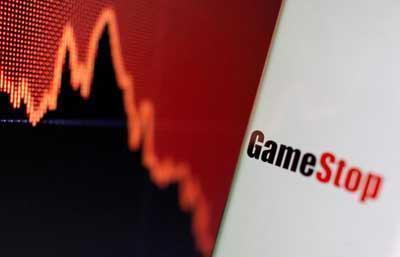 An army of retail investors went toe-to-toe with Wall Street professionals last month by buying into stocks that were heavily shorted by hedge funds. In the tussle, some funds had to sell out of their long positions to cover the losses, causing wider falls in stock prices.

Big Tech has been one of the biggest winners of the pandemic, with revenues turbocharged by stay-at-home rules and increased interest from investors who are taking advantage of the cheap money available.

Away from the Wall Street noise, emerging markets stocks have been the top pick among investors as they poured in $5.7 billion in the week to Wednesday, marking inflows in 19 of the past 20 weeks.

The retail trading fever also sent silver surging past $30 an ounce for the first time since 2013 before prices fell back. The precious metal attracted a record $2.8 billion in the week to Wednesday, BofA said.