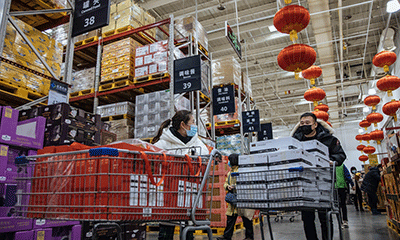 China has brought down the number of daily domestic COVID-19 cases to a single digit on the mainland on Friday for the first time in more than a month since the latest sporadic outbreaks across the country, five days ahead of the Chinese Lunar New Year.

Experts said the latest outbreaks in the country have been effectively brought under control and it will likely record no new cases by Spring Festival.

The Chinese mainland reported six local cases on Friday after reporting 2,016 local cases by January in the latest outbreaks, which began on January 2.

The newly reported cases include five in Northeast China’s Heilongjiang Province and one in Shanghai.

Other epidemic-affected regions including North China’s Hebei Province, an epicenter of the latest outbreak, and Beijing  saw no locally transmitted infection on Friday. Northeast China’s Jilin Province reported no confirmed cases and two asymptomatic patients on the day.

The flattened curve of infections in multiple locations suggests the epidemic prevention and control measures that China beefed up prior to Spring Festival — the country’s busiest time of the year for travel — had achieved notable results, Wang Peiyu, a deputy head of Peking University’s School of Public Health, told the Global Times on Friday.

Wang said the data suggests China could have no new daily cases by Spring Festival, which begins on February 11.

Wang Guangfa, a respiratory expert at Peking University First Hospital, noted that the epidemic will remain under control as long as new cases can be effectively tracked and detected asymptomatic patients are among those under quarantine.

“The anti-epidemic battles in Hebei, Jilin and Heilongjiang have achieved great victories due to effective and timely government efforts that ended the cluster outbreaks in local areas,” Wang told the Global Times on Friday.

More than 100 COVID-19 patients have recovered and have been discharged from hospitals in Hebei, Jilin and Heilongjiang, the three most seriously hit places in China since January. Among them, 50 are from Hebei, which lifted its lockdown in its most affected cities on January 29.

Beijing has not reported a single new case for six consecutive day as of Friday.  All of Beijing’s medium-risk areas were declared low-risk on January 30.

The country issued notices urging people to stay in their working cities for the upcoming lunar New Year amid the COVID-19 outbreak. Unlike previous Spring Festival travel rush periods, this year’s travel season will see far fewer people travelling, and airfares and hotel prices in many tourist cities have plunged.

Wang Peiyu said uncertainties remain ahead during the holiday, especially considering the epidemic is still raging in other countries, which poses a risk of spreading imported cases in China from overseas.

Wang Guangfa suggested that the government should strengthen monitoring and detecting the epidemic situation during the New Year holiday and residents should actively check their health condition with local medical institutions.