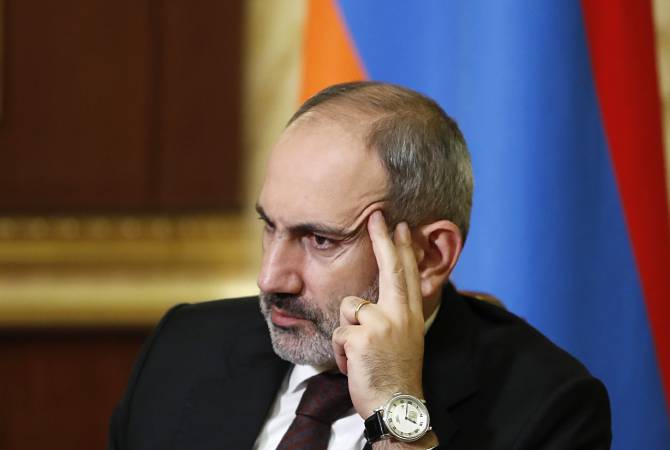 “It is obvious that high technologies are playing a decisive role in increasing the competitiveness, security and living standards of a country’s population. Those countries, which create and develop high technologies boast leading positions in the world,” Pashinyan said.

He said that digitalization, innovation and the latest technologies are considered by the Armenian government as an important tool for creating an effective and representative system of public administration, a favorable business environment ensuring progressive economic growth.

Pashinyan said that the coronavirus pandemic has posed extremely difficult tasks for society, companies and governments and they have to be solved in conditions of quarantine or lockdowns.

According to him, the need to work in such conditions has prompted the introduction of both a new management culture and widespread use of digital technologies and solutions. He said the latter turned out to be the most important and in demand in conditions of limited opportunities for physical contact in the entire chain of government and socio-economic activity.

“In Armenia, we use digital technologies, electronic document management and electronic government tools. I would like to note that, thanks to the application of appropriate technologies, the social groups in need of support were identified with a high degree of accuracy, and transactions on support measures were carried out as quickly as possible,” Pashinyan said.

“The current digitalization process in Armenia is carried out based on a common digital agenda of the EEU. A platform for interaction between databases is being created, which optimizes the processes of data exchange between systems and the digitalization of a large number of public services,” Pashinyan said.

According to him, in addition to the implementation of joint projects, the countries should work towards scaling up the already existing successful solutions, and there are many of them in each of the EEU countries.

“Our goal should be a full-fledged and all-encompassing digitalization of services provided to citizens by the state. To do this, we need to use the entire range of electronic services – mobile phones, network services, cloud technologies, and so on. We must strive to ensure that the borders between the EEU states disappear at the digital level, and the existing restrictions are reduced to a minimum,” Pashinyan said. -0-