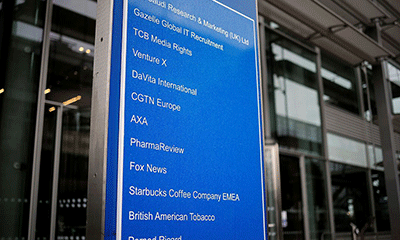 This is not the first time that UK media regulator tries to find fault with China’s English-language news channel. Last May, it accused CGTN of breaking UK broadcasting rules on impartiality, saying a “serious failure of compliance” was found in CGTN’s coverage of protests in Hong Kong in 2019. Ofcom said then that it was minded to officially sanction the Chinese channel.

Now Ofcom finally took the step, with a ridiculous excuse. The regulator said that the license is wrongfully held by Star China Media Limited, which doesn’t have editorial control over CGTN’s output.

CGTN had asked for its license to be transferred to an entity called China Global Television Network Corporation (CGTNC), but according to Ofcom, it is unable to grant the application because “crucial information” was missing from the application, and because it considers CGTNC disqualified from holding a license as it’s controlled by a body which is ultimately controlled by the Communist Party of China.

It seems that the UK media regulator is determined to give China’s broadcaster a hard time in UK, and now it moves to pull it off the air. The action is another slap in the face of UK’s reputation while it claims to support press freedom.

The rule of media regulation of the UK has been seriously questioned. Is its goal to ensure impartiality, or the opposite of it? Take coverage of violent protests that rocked Hong Kong in 2019. The Western reports, clearly driven by political purpose, are often one-sided.

They portrayed Hong Kong street violence as “pro-democracy” movement, and to a certain extent, even glorified rioters and their violence. Hong Kong police’s acts of law enforcement and self-defense were painted as “brutality against protesters” by Western media, including British media. But Ofcom pointed an accusing finger at the Chinese media outlet which tried to set facts about Hong Kong straight, accusing it of breaking rule of impartiality.

As of February 4, the COVID-19 death toll in the UK has exceeded 109,000, ranking fifth in the world. Multiple rounds of quasi-lockdown have failed to bring the epidemic under control, fully exposing the ineptitude of the UK government. It is probably among the considerations of Ofcom to revoke CGTN’s license, so there is one less media outlet to show British people how the epidemic could be effectively eliminated and the economy quickly restarted in other countries.

While the UK media regulator is burying its head in the sand, the journalistic ethics of British media outlets, particularly BBC, have become a laughing stock in China. The British broadcaster has politicized China’s normal epidemic control measures. As Chinese governments ask people to stay put for the upcoming Spring Festival holidays, a suggestion which is not mandatory, BBC reports said it’s suppression of human rights. A video which BBC claimed to show epidemic control authorities violently enforcing the law and violating human rights turned out to be a video clip of an anti-terrorism drill.

The BBC stooped to new low on Wednesday, publishing a sensational story alleging women were “systematically raped, sexually abused, and tortured” in the vocational education and training centers in China’s Xinjiang Uygur Autonomous Region. The report didn’t present any evidence to support its claim other than quoting individual Uygur women who are now living in the West. This is actually a typical way the BBC produces its sensational stories about Xinjiang: making up allegations, quoting people now in the West who make false accusations.

The UK media’s sensational reporting, twisting facts even fabricating stories about other countries, and the UK media watchdog’s clumsy practices of setting operation obstacles for other countries’ media, have exposed the UK’s hypocrisy as a self-styled advocate of press freedom, and its politically-motivated suppression of Chinese media.

The author is a commentator with the Global Times. [email protected]