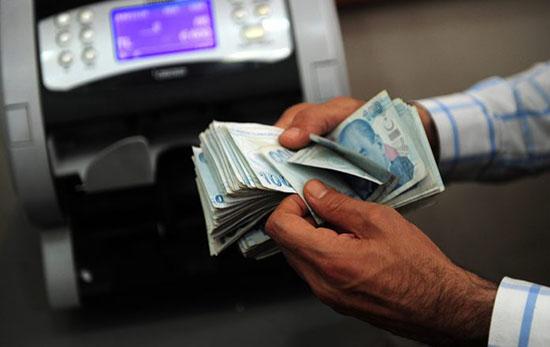 Turkey’s lira, the whipping boy of foreign investors three months ago, extended gains against the dollar after the central bank pledged to keep interest rates elevated for most of 2021.

Central bank governor Naci Ağbal, speaking in an interview with Reuters, said it did not seem possible to cut interest rates “for a long time this year”. Ağbal has hiked the benchmark rate to 17 percent from 10.25 percent since taking office in early November.

The lira climbed 0.8 percent to 7.07 per dollar on Friday, taking gains since a record low of 8.58 per dollar on Nov. 6 to 18 percent. The rally in the currency stands in stark contrast to losses of some 30 percent in the first 10 months of last year.

Ağbal’s pledges to keep monetary policy tight are drawing in foreign capital to southeast Europe’s biggest economy. Investors are putting cash to work in lira deposits, bonds and shares, betting that he will succeed in slowing inflation from 15 percent towards a medium-term goal of 5 percent.

“If any new data that we come across indicates a risk of deviating from the medium-term target path in inflation expectations and pricing behaviour, we will tighten further in advance,” Ağbal said in his first interview since his appointment.

Ağbal, 53, a former finance minister, appears undeterred by resistance from the government to higher interest rates. President Recep Tayyip Erdoğan, who sanctioned a splurge in cheap lending by state-run banks last year that stoked inflation and provoked losses for the lira, reiterated his opposition to higher borrowing costs this week.

Erdoğan said inflation would not slow towards targets without interest rate cuts. He has sacked two central bank chiefs in two years, bringing in Ağbal hours after the lira hits its all-time low.

Ağbal also has foreign policy headwinds to contend with when setting monetary policy. Erdoğan’s government has already locked horns with the incoming administration of U.S. President Joe Biden. This week, the State Department criticised Erdoğan’s handling of student protests in the country, which erupted last month, calling on his government to respect human rights.

Turkey faces possible U.S. economic sanctions for its purchase of S-400 air defence missiles from Russia. In 2018, U.S. sanctions in response to Turkey’s detention of an American pastor helped spark a run on the lira and a deep economic recession.

On Thursday, Turkish Interior Minister Süleyman Soylu accused the United States of supporting a failed military coup in Turkey in 2016, prompting a swift rebuke from the State Department.

Soylu’s accusations were “wholly false” and “inconsistent with Turkey’s status as a NATO ally and strategic partner of the United States”, the State Department said.