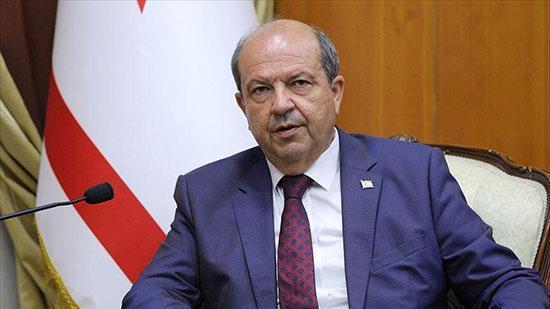 A solution for the Cyprus dispute based on a federation system is not realistic for the island anymore, Turkish Cypriot leader Ersin Tatar said, reiterating their will for a two-state solution.

“There are two separate states in Cyprus. The federation is not realistic. If there is no agreement, the [Turkish Republic of Northern Cyprus] TRNC will continue its way,” daily Hürriyet reported on Feb. 7.

Tatar had an online meeting with journalists ahead of a 5+1 unofficial U.N. conference on Cyprus with the participation of the guarantor countries planned for March.

Tatar said they see the conference as an important opportunity to bring the idea of a two-state solution to the table.

“There are two separate states in Cyprus. Federation is not realistic. The federation cannot be sustainable in the long run. If peace is desired, it should be with a win-win approach,” he stated.

Tatar stated that he also conveyed this proposal to Dominic Raab, the British foreign minister, who recently visited Turkish Cyprus.

Raab also said that a new understanding should develop, which both sides should approve, Tatar said.

“He admits that if there is no agreement, Britain accepts that the Greeks will also lose,” he added.

Noting that Turkey and Turkish Cyprus are on the same page, Tatar said the federation proposal was a “trap.”

He emphasized that the Greek side aims for hegemony on the island as Turkey leaves Cyprus over a resolution of the federation. “Nobody can afford to make Turkey leave from here,” Tatar said.

Asked if the Island would need guarantors if the parties reach a resolution on the Cyprus dispute, Tatar expressed suspicion on the goals of the Greek side if the Turkish army leaves Turkish Cyprus.

“The Turkish army keeps the peace here,” he replied.

Elaborating the application of the new U.S. administration to the eastern Mediterranean Gas Forum, Tatar said: “We have trouble. Biden’s position is clear. But I hope they come down to earth when it gets serious. Because they also have interests. The U.S. bureaucrats also agree with us in the conversations. Turkey-U.S. relations are important in terms of giving us rights. We hope they will have common sense.”

Noting that the opening of Varosha broke the mold, Tatar announced that more than 100,000 people have visited in four to five months despite the pandemic.

Tatar also said the coronavirus measures have been extended due to the cases of new coronavirus variants encountered in Turkish Cyrpus.